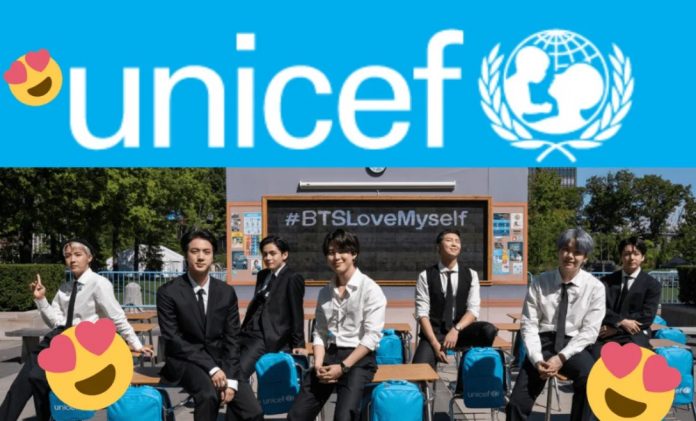 What is BTS’s LOVE MYSELF campaign? In 2017, BTS joined UNICEF to promote a better life for young people and future generations. Thanks to their impact, they received an important award.

In 2017, BTS singers and rappers collaborated for the first time with UNICEF for LOVE MYSELF , a campaign focused on helping young people from all over the world to have a better quality of life and rights under the phrase of ‘loving one same’.

Since the project was announced, ARMY joined with great force and the name of the campaign became a slogan that identifies the message of the K-Pop band , leading to its record materials and actions aimed at eradicating social problems.

Four years after the launch of BTS with LOVE MYSELF, the impact of Butter’s interpreters is undeniable, only in social networks they accumulated 5 million tweets and more than 50 million interactions.

BTS, UNICEF and Big Hit Celebrate The Global Impact Of The Love Myself Campaign

Thanks to the hard work and talent of V, Suga , Jungkook, Jin, RM, Jimin and J-Hope alongside Big Hit, they were recognized by the report ‘The State of the World’s Children 2021’ by UNICEF South Korea, in this LOVE MYSELF was revealed to have generated over $ 3.6 million for the organization.

The combination of Big Hit, BTS and UNICEF began to support young people, but with the message that everyone can love themselves, so the success of the project reflected the power of the group and at the same time boys are pop icons.

Best of all, LOVE MYSELF continues to be part of the BTS and ARMY universe with official merchandise, withstands in various countries around the world, in order for fans to get to know each other better and give themselves the opportunity to love each other.

The #BTSLoveMyself campaign has reached almost every country in the world.

Together, we can create a future where every young person feels safe and supported. #OnMyMindhttps://t.co/UHEkxMeowz

In addition to eradicating violence, idols promote self-esteem and improve mental well-being, but BTS’s work is not over and Big Hit has no plans to terminate his contract with UNICEF, what new surprises can we expect from the campaign?

The Simpsons predicted Vanpanchman 10 years before he appeared