Home Entertainment BTS to take a break from their schedule, BigHit explains why 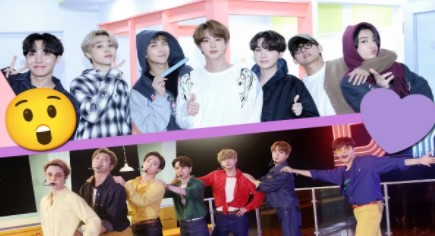 After a series of concerts in the United States, BTS returns little by little to South Korea and is getting ready for a well-deserved rest, their company informed the fans with a message.

There is no doubt that this has been the year of BTS, the idols released several melodies that caused a great impact on the charts, prepared fascinating presentations and also kept in touch with the fans, through online shows, live and with interactions in social networks.

The Dynamite performers were kept very busy and all their efforts were well rewarded with their accomplishments, but now it was time to take a short break from their activities and enjoy some time to relax.

While some of HYBE’s idols are already back in Korea, others are getting ready to return to their home country, so BigHit Music shared a statement about the group’s plans for the next few weeks.

BTS ACTIVITIES HAPPEN, IDOLS WILL BE ON HOLIDAY

The company’s message explains that after successful projects such as Bangtan Sonyeondan, idols will have a long break, where in addition to relaxing and recharging, they will also be able to get new inspirations for the moment they resume their artistic activities.

This season will be even more special because it will be the first time that the BTS members have spent the Christmas season with their respective families for a long time.

However, the company also requested the consideration and cooperation of the fans so that the Permission To Dance performers can enjoy their daily activities normally, freely and concentrating on themselves during this period.

WHAT’S NEXT FOR BTS? THE IDOLS ‘PLANS FOR THEIR RETURN

BigHit also excited all the ARMYS by revealing that after this break, the singers will be putting together a new album, as well as the next concert that has already been announced.

If you want to know more details about the live show that BTS has scheduled for next year, here we tell you where and how much it will be.

After joining The Real Housewives, Will Smith’s ex talked about her...