Home Celebrity BTS: Their favorite songs to sing and dance at concerts 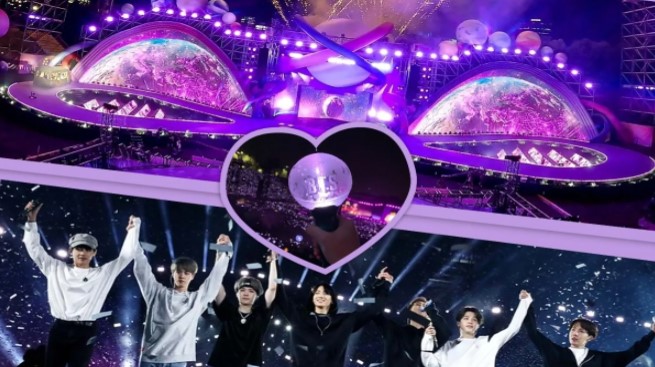 Seeing BTS live is an amazing experience, idols fill their fans with energy in each performance, what songs have they performed the most times live?

Concerts are an incredible experience, there is nothing better than seeing your favorite idols very close, singing and dancing to the rhythm of our favorite songs live and in full color with thousands of people who share the same sentiment; the love for the same K-Pop band spreads all over the place.

BTS concerts are a big dream for ARMY and millions of fans have already been able to witness the true power of Bangtan Sonyeondan idols on stage; great joy and energy are shared in these live performances, love is in the air.

And although the Bangtan Boys have about 250 tracks in their history, there are many of their compositions that have been part of their concerts multiple times, what are the favorite songs of Bangtan idols to sing and dance live?

‘Dope’ is a BTS song released in 2015 on the album ‘The Most Beautiful Moment in Life, Part 1’, this track has been part of the setlist at a boy band concert around 116 times.

In at least 116 concerts, it has been possible to enjoy this great song live.

On BTS’s ‘The Most Beautiful Moment in Life, Part 1’ EP, we find ‘I Need U’ a song that has been performed live at least 99 times in the entire history of this K-Pop group.

Maybe soon it will be the # 100 performance of this song at some BTS concert.

BTS has been seen in concert 97 times performing the song ‘Fire’ from their 2016 album ‘The Most Beautiful Moment In Life: Young Forever’, so this is one of the songs with the highest number of live performances.

Bangtan shows great energy on stage when performing this song.

On BTS’s album ‘O! RUL8,2?’, We found the song ‘Attack on Bangtan’ that has been performed live at least 80 times to the great delight of ARMY with all of his favorite idol talents.

What a thrill! Seeing BTS at a concert with this song is a true ARMY dream.

In the album ‘The Most Beautiful Moment in Life: Young Forever’, BTS released the song ‘Save Me’, it has been presented live by the group 78 times and their fans do not stop chanting it at the top of their lungs in each presentation.

These are some of the songs that BTS has performed the most times live, hopefully you are lucky and at the next Bangtan concert, the idols will do a performance of your favorite song.

In other BTS news, the K-Pop group has managed to inspire other idols and other groups, who are their fanboys?

The end of love: Kim Kardashian and Kanye West are divorcing