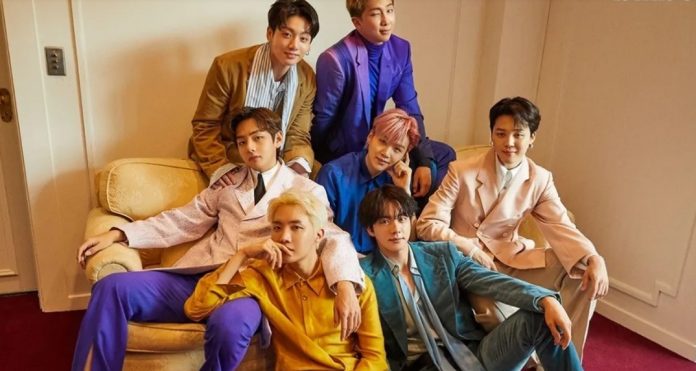 Bangtan Sonyeondan felt a great pressure that came with fame, it is not easy for many idols to have to bear the true emotional burden and responsibility that being so popular and globally recognized can represent; many times a pause of the reflectors is necessary.

BTS was thinking of becoming a dead band, but in the end, they decided that it was best to stay together and continue their career; Every time the idols of this K-Pop group grow more and more both as people and in fans and fame and there is no doubt that they have a great fandom that has served as great support for the artists.

But what was it really that convinced the Bangtan Boys to stick with the band? Despite the fact that they were at a time where exhaustion could have knocked them down, they all found the great motivation to continue.

THE PROMISE BEHIND BTS’S CONTRACT RENEWAL

In an interview for Billboard, Jin said that even though they no longer planned to renew their contract, the idols took a month-long break just to realize how much they missed being together and on stage; Also, there was a promise from HYBE that convinced the idols to continue as a band and not disband.

The agency promised us that they would do everything possible to support our passion for performing live. I think they kept that promise.

This is how Bangtan renewed their contract and they remain together for a while longer, the idols are amazing and they will not stop working in the future and let us see much more of their talents. His love for the stage is really great and they do not stop showing it.

In other BTS news, the idols looked great in the photoshoot for their interview with Billboard, be sure to check out the photos.