Home Entertainment BTS: The Day Taehyung Rode The Subway Like He’s Not Famous 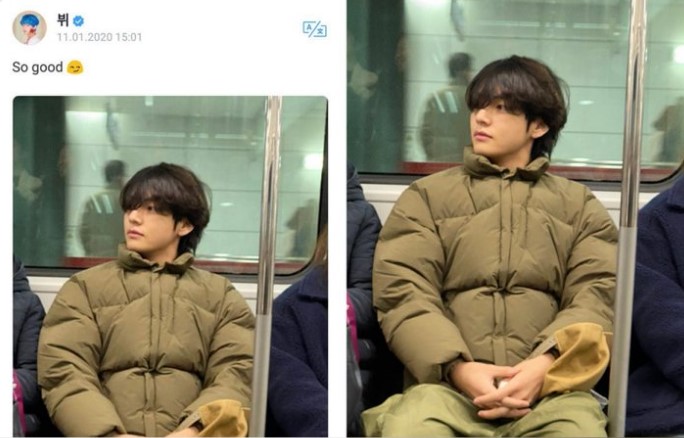 BTS’s V is an extraordinary idol and it could be difficult to appear in a public place like the subway and go unnoticed.

BTS is a world-renowned band and it would be difficult to find a place where no one would recognize the idols in this group, how did Taehyung spend a day on the subway like he wasn’t famous?

With the great fame and popularity that BTS has, it would be difficult to think that there is any place where the idols of this K-Pop group are not recognized; RM, Suga, J-Hope, Jimin, Jin, Jungkook, and V are well-known people thanks to their work in music.

The name of Bangtan Sonyeondan is recognized all over the planet, perhaps more than BTS, and ARMY thanks to the fact that they are the most relevant South Korean band of the moment; the work of the members of the boy band pays off in this way. Although being so popular can bring many benefits, it also has its downsides.

It must be difficult for the Bangtan Boys to go anywhere without being recognized, but once upon a time, Taehyung was able to travel by subway without anyone approaching him to ask for a photo or autograph, just him and his thoughts traveling on this public transport.

Remember when Taehyung took a ride on Subway just like a normal person being unbothered & without anyone invading his privacy! He was so happy to have a regular day like others & posted on weverse to share his excitement with us I'm so glad he enjoyed his time 🥺 pic.twitter.com/bnppipQEQU

The idol even showed it off on Weverse, telling ARMY what he had done during his day, taking a ride on the South Korean subway. Maybe if someone had approached Taehyung, he would have given them his autograph because BTS can’t take pictures with fans.

WHY CAN’T BTS TAKE PHOTOS WITH THEIR FANS?

There are several reasons why BTS can’t take photos with their fans, idols do offer autographs, but photos are avoided because:

But we are glad that V could go out and spend a calm and normal day, without being bothered by paparazzi or surrounded by fans, he loves ARMY too much, but sometimes it is difficult for so many people to invade your personal space.

In other BTS news, the K-pop group went viral on TikTok with one of their songs, do you already know it? Did you upload your video to the platform using it?