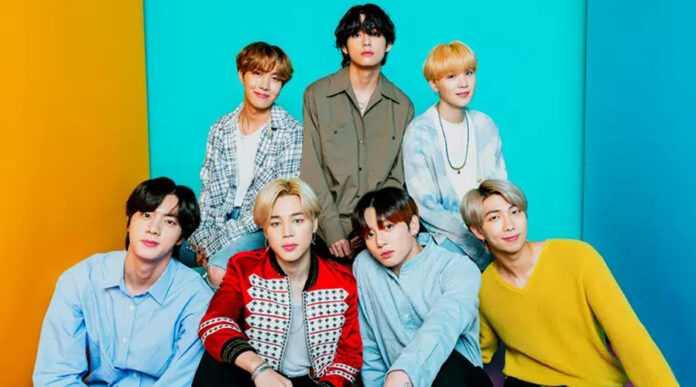 BTS performed their long-awaited Bang Bang Con: The Live, an online concert to meet their fans around the world after postponing their 2020 tour. The boys decided to hold this concert to celebrate their seventh anniversary and take a tour of songs and dances they put on. to dance everyone.

BTS thanks ARMY for their support in 7 years with emotional message.

The group decided to thank their fans for the support over the years, without which they would not have gone as far, after the end of the show, some of them shared messages on social networks to thank them, make a promise and remember everything lived during the presentation.

Despite the great moments they lived with each presentation, Jin regretted that it could not be face to face, but he assured that he was happy because they were finally able to give a concert after several months.

Suga thanked ARMY through Twitter and Weverse, the idol thanked them for their effort and support, also assured that everything was very moved.

The leader of BTS assured that it was something very fun, undoubtedly, BTS expected to meet ARMY during their tour, but this time it had to be through a screen.

The idol showed off an anniversary cake and thanked ARMY for their support. BTS was celebrating their anniversary through music, which is why they have been fulfilling their dreams for 7 years.

Finally, the group thanked ARMY for their support during the concert, they joked about passing the Bang Bang Con from your living room or bedroom, as everyone danced and played during the broadcast. They also made them a promise: “We will go see you, stay there.”