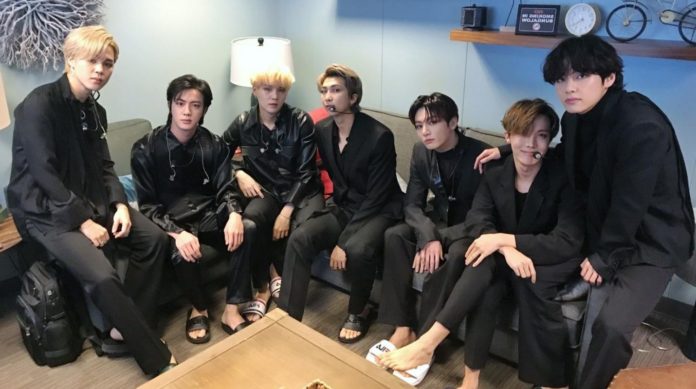 The boys spent a great night next to the favorite TV driver.

After their participation in “The Late Late Show” with James Corde n, the boys returned to their hotel and V together with J-Hope decided to broadcast on VLive to interact with the ARMY.

The fandom was happy that the boys had an incredible premiere of ‘Black Swan’ in one of the most popular night shows in the United States. We tell you everything they said.

V was happy, he was comfortable in his room and J-Hope joined him, both said James took good care of them. Even Taehyung said it has been one of the programs where he has felt most comfortable.

The boys also confessed some things they experienced during the show, something that perhaps ARMY did not realize. Despite rehearsals for “Black Swan,” there was a small mistake in the dance: Taehyung kicked J-Hope. Que??? Apparently, the idol moved very fast and did not measure their movements, both told the story as something fun. LOL

The boys also joked with the ARMY , as some tried to communicate with them through the translator, but since the Korean is a bit complicated, the two began to laugh at the tender attempts of the fans to write them in their native language.

Meghan Markle: Kate Middleton did not want to meet him!

Nabilla asks Thomas Vergara to give her his body scrub!

10 series stars who married their castmates

YouTube app will get ‘sleep mode’ in the coming days