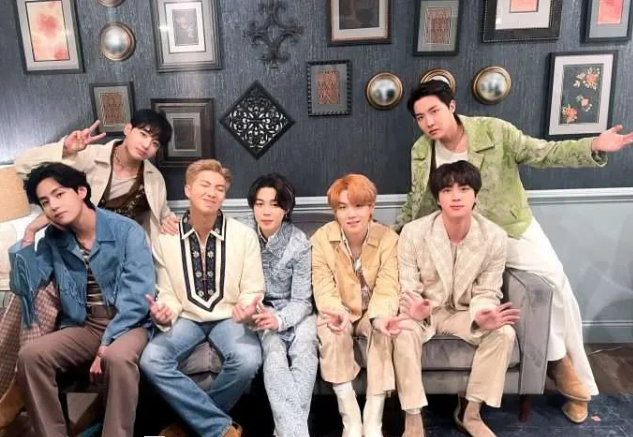 Shuga presented his show “Suchwita” on Tuesday, November 29, 2022, which will be released on several online platforms!

“Suchwita is content similar to a talk show where Suga drinks and talks openly with people from different walks of life,” Big Hit Music reports.

“Shuga will reveal the charm of the guests with his conversational skills based on his knowledge of music and various subjects,” the agency added.

The teaser for “Suchwita” shows the rapper talking to his first guest, who will be his colleague RM, over a glass of alcohol.

The name of the show is an abbreviation of “Drinking Time with Suga” and a combination of two words: “Suga” and “Daechwita”, the title track from his mixtape “Agust D”.

RM, the leader of the septet, also presented a video containing interviews with artists who participated in the creation of his first solo album.

In the video, RM said that “(the album) is the story of my last four years. I want (the album) to stay with you for a long time, like a quiet field.”

adding: “This is my story for the last four years. I hope it will stay with you for a long time as a quiet domain. »

Paul Blanco, who participated in “Closer (with Paul Blanco, Mahalia)”, said, “We’ve never seen such a combination of artists and producers before,” while Cho Yoo Jin and Park Ji Yoon raised expectations of the report, saying, “It sounds very sincere in music. »

In addition, a commemorative medal dedicated to the 10th anniversary of the band’s debut will be issued by the end of the year, KOMSCO reported on the same day.

The public company will issue the first medal with the BTS logo and the number 10 by the end of this year, and the second medal with portraits of participants next year. KOMSCO initiated an annual project with Hybe.

“(The company) will produce a medal in accordance with the status of a world—class artist, combining the company’s advanced production technologies and high-quality design,” KOMSCO chairman Ban Jang-shik said earlier.

The medal will be presented in the online store of the public company and in the official Hybe accounts on social networks.

The premiere of “Suchwita” will take place on Monday, December 5, on the platforms Weverse and YouTube.

“Indigo” will be released on December 2, and RM will become the third BTS member to perform solo after J-Hope and Jin.

RM will present a wide range of music in collaboration with various artists in INDIGO, which contains sincere emotions, concerns and traces of the life and thoughts of the BTS leader.

PS Plus Premium has a lot of potential for Harvest Moon...