Home Celebrity BTS: Suga updates ARMY on his health, how is he feeling? 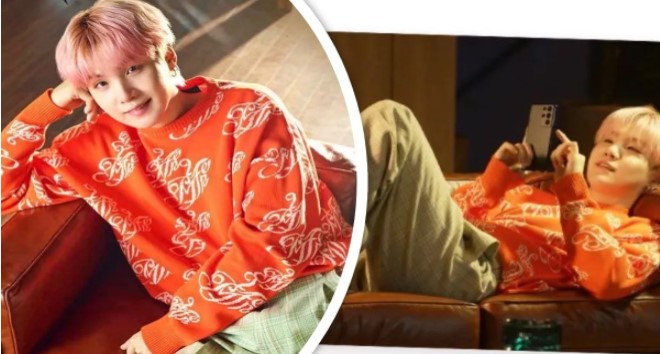 ARMY does not stop worrying about BTS and their health, three of its members are sick and the first one who was detected was Suga, how is the idol?

The members of BTS had a well-deserved rest and were on vacation, some of them stayed in the United States after their concerts in the country and spent great moments in different states of that nation, sharing with their fans some of the activities they did.

Some days later, they returned to Korea, their rest is indefinite, so maybe they wanted to spend time with their family and friends; But, as a sanitary measure, tests had to be carried out and entered into quarantine to avoid contagion if there was any disease.

After the test results HYBE announced that Suga had gotten sick and also two more of Bangtan’s members Sonyeondan, Jin and RM; The three idols were in quarantine and had no symptoms, ARMY worried about them and sent them the best messages to cope with the disease.

Yoongi has noticed the concern of her fandom and decided to write something for those who are distressed by him, how does the BTS rapper feel?

Through Weverse, BTS’s Suga released a small, but very significant, message about how he feels so that ARMY is not so worried, he should remain under quarantine and undergo further tests in a few days to confirm that the disease has left him. her body.

I’m fine. Don’t worry too much about me!

Suga sent this message so that his fans feel less worried, ARMY hopes to have better news in a few days knowing that his favorite idol is already free from the disease.

HOW ARE BTS’S JIN AND RM WHO ALSO SICK?

HYBE gave the statement that Jin and RM had also caught the disease, while Namjoon did not show any symptoms, Seokjin had the flu and other mild symptoms, but he is already taking care of himself at home and ARMY sends them best wishes for his recovery .

ARMY hopes the idols will recover soon and they are surely being treated with the best as HYBE cares about their artists as well.

In other BTS news, Jin wants to raise more environmental awareness through his songs, the idol reflects his concerns for the world.

WayV denounces the harassment of sasaengs and shares photos of the...