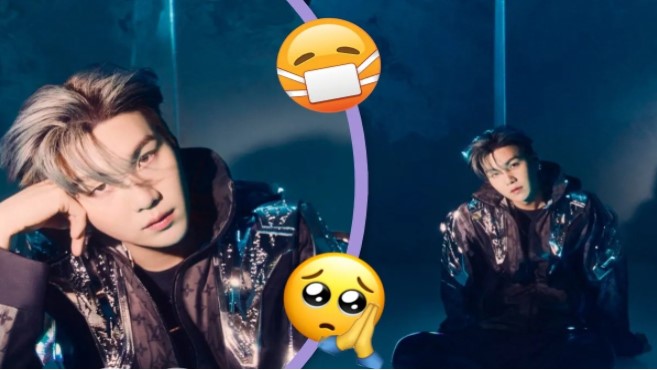 BTS’s Suga had been spending his vacations in the United States, when he returned to Korea he had to take a test to find out if he had been infected; The results were positive, Yoongi is ill and ARMY hopes that she will recover soon.

Despite the worldwide contingency, BTS had been getting to work with all the necessary sanitary measures; They recorded their performances and also announced when they went to get vaccinated, it seemed that everything was very well and the artists of the group were trying to give the best to their fans.

They even resumed face-to-face concerts, finally, ARMY from all over the world gathered in Los Angeles, California to live a unique experience with the concerts of Bangtan Sonyeondan, ‘Permission To Dance On Stage’ was a success and once again everything was carried out with the relevant measures.

After the concerts, the Bangtan idols decided to take a vacation and taking advantage of the fact that they were in the United States, some of them stayed in the country to rest, like Suga, who was seen at various events, such as a basketball game and a UFC match.

After his days off, Yoongi returned to Korea, arrived safely in his country and enchanted everyone with his new look, but still he had to take a test and be in quarantine for 10 days; Today we know that the BTS rapper is sick and ARMY hopes that he will recover soon.

Through Weverse, a statement was released about the health status of BTS’s Suga, the idol has fallen ill, although it was clarified that he was vaccinated in August; At the moment, Min Yoongi has no symptoms and is already taking her recovery time in quarantine. HYBE says that he will do his best to take care of the idol’s health.

The hashtags #GetWellSoonYoongi and #GetWellSoonMinYoongi are already trending on Twitter, as ARMY is sending all his love and support to Suga so that he can overcome this illness and feel better as quickly as possible; BTS’s idol will be resting and will surely be in better health soon.

We hope that Suga recovers very soon and can pass this illness without so many problems, besides that he is alert for the consequences <3: c.

In other news from BTS and Suga as well, this is how he came to Korea showing off his long hair and making ARMY fall in love once again.

Justin Bieber is making fun of the release of a new...

Iris Mittenaere nostalgic: she wants to find the sun Cannes!