Home Celebrity BTS: Suga and Juice WRLD to release collaboration, when does it premiere? 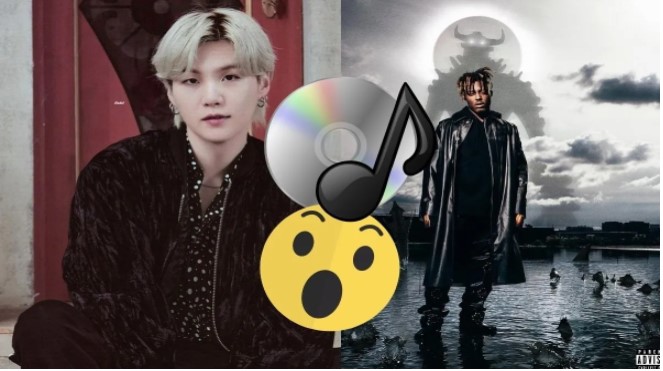 BTS’s Yoongi is joining Juice WRLD’s posthumous project as he will debut a collaboration on the Chicago-born rapper’s new album Fighting Demons. When is the Girl Of My Dreams release?

The end of 2021 brought many activities and work for the boys of BTS, but they will close the year resting and it is expected that they will return with a recharged battery of energy for the 2022 GRAMMYs ceremony, they find nominees with Butter.

Despite his well-deserved vacation, Suga plans to close the year with a flourish and has the premiere of a new collaboration with rapper Juice WRLD up his sleeve, when is the song Girl Of My Dreams released?

Through social networks, the songs, cover and all the details of the posthumous album Fighting Demons of the rapper Juice WRLD, who passed away on December 8, 2019, but left a huge musical legacy were revealed.

Suga joined the project with the song Girl Of My Dreams, which will be one of the most exciting tracks, as the label of both artists is expected to be a success, in addition, the Korean rapper appears in the credits as the writer of the theme.

This is the second collaboration with the Lucid Dreams singer with the K-Pop band, the first being All Night, BTS World’s OST.

Other artists who will be featured in Juice WRLD’s Fighting Demons record material in addition to Bangtan Sonyeondan’s Yoongi with Girl Of My Dreams are: Justin Bieber and Eminem with Wandered To LA, Polo and Trippie Redd with Feline.

Cardi B: she decides to embark on a new challenge!