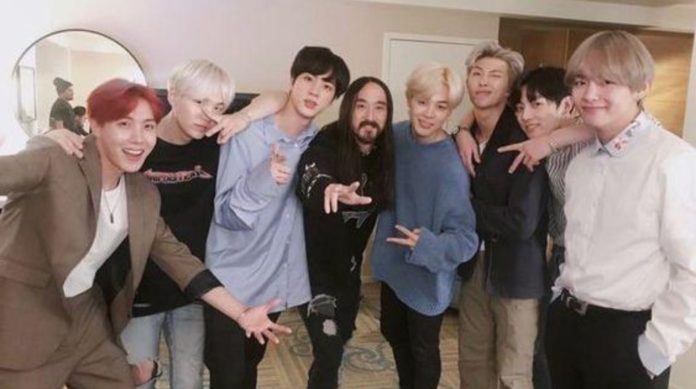 Throughout their musical career, the BTS boys have had the opportunity to make different collaborations with well-known artists worldwide. From Nicki Minaj to Halsey, the South Korean band has explored new horizons.

One of the artists that has remained with the band for a long time is Steve Aoki, who has already worked with them on songs like ‘Waste It On Me’ or the remix of ‘MIC Drop’. However, everything seems to indicate that they could start a new project together again much sooner than you imagine. Omg!

In a recent interview with Infobae, Steve Aoki spoke about his future plans in his musical career. The DJ revealed that he was currently working on a new song with Paulo Londra. However, everything took a sudden turn when he made a confession that includes Bangtan.

According to reports from the aforementioned site, Steve Aoki confessed that he would release a new song with BTS, although he did not give more details about it. Although no more is known about this project, the ARMY is very excited to know that the plans that Bangtan and the DJ would have.

So far, Steve Aoki and BTS have not confirmed this collaboration, but new details are expected soon. Taking into account the songs that both have released before, expectations about their new collaboration are very high. How do you think the next song is? Leave your comment.