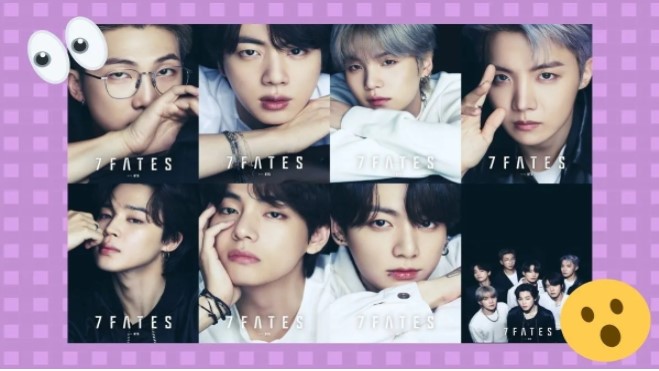 K-Pop group BTS is set for the world premiere of 7Fates CHAKHO, but before that happens, they have already shared new individual teasers for their webtoon, which hits the internet in January 2022.

With each passing day, we get closer to the return of BTS to the stage and to the expected launch of their new webtoon 7Fates CHAKHO, which will show the fight of 7 boys united by destiny, they will fight with the same purpose, forming an unbreakable friendship. . Owww!

For days now, Big Hit Music has shared video teasers and photos to prepare fans, as the premiere of 7Fates CHAKHO is expected to be the sensation. Have you already seen the recent photos? Check out the previews of the K-Pop band.

Through the social networks of HYBE Labels and Naver Webtoon, the individual teasers of Jin, Suga, J-Hope, RM, Jimin, V and Jungkook have been revealed for 7Fates CHAKHO, accompanied by messages that show a little of which you will enjoy in your digital comic.

The new BTS webtoon is based on Korean legends and traditional tales, what you can expect is a lot of magic, the fight of good against evil and the union of the powers of the characters to defend the city. : 0

The destination is the closest thing to you, but it is only visible when you look for it.

Destiny is the path that you discover between the multiple divisions of your path.

Destiny is a test to find the correct answer.

Fate is the signal you turn to at every decisive moment in life.

Fate is what you must find alone.

Fate is a game of hide and seek Jungkook:

Fate is the only thing you can’t change. BTS’s 7 Fates CHAKHO story opens on January 14, 2022 and will be available as a webtoon on the Naver platform of the same name and as a web novel on Wattpad. What did you think of the new teasers for the two-time GRAMMY nominees?

The most exciting holidays of the year are approaching, do the members of the K-Pop band have something for you? … BTS: The adorable Christmas gifts they prepare for ARMY. <3