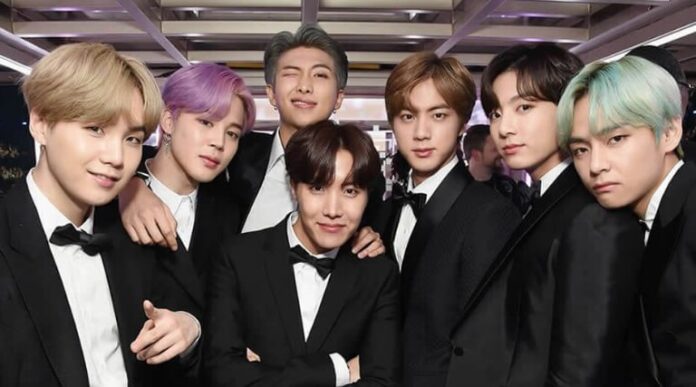 Bit Hit Entertainment, the agency representing BTS, reported that the group will also offer its contribution to an anti-racism activist group.

In the face of the murder of African-American George Floyd, who lost his life after Officer Derek Chauvin put his knee around his neck until suffocating him, many celebrities have spoken out against racism and police brutality in the United States. South Korean boy band BTS has expressed its support for the ” Black Lives Matter ” (BLM) movement.

On the Twitter account that BTS members use, the following message was published in Korean and English:

We oppose racial discrimination. we condemn violence. You, me and everyone have the right to be respected, we will stay together.

We stand against racial discrimination.
We condemn violence.
You, I and we all have the right to be respected. We will stand together.#BlackLivesMatter

It is worth mentioning that if anyone knows of racial discrimination, it is BTS. Singers have on many occasions been the target of racial criticism or attacks for their origin.

Likewise, Bit Hit Entertainment, the agency that represents BTS, reported that the group will also offer its contribution to an anti-racism activist group , but did not reveal the name of the organization or the amount.

Other world stars in the music industry such as Lady Gaga, Ariana Grande and Beyoncé have paid tribute to George Floyd and pledged solidarity with the African American community.

If you want to demand more charges brought on all those involved in the death of George Floyd, click the link in my bio to sign the petition.

What is the “Black Lives Matter” movement?

It is an international political movement that originated within the African-American community, which campaigns against violence against black people.

He regularly protests against the deaths of black people in killings by police officers, as well as broader issues of racial profiling, police brutality, and racial inequality in the United States criminal justice system.

The movement began in 2013 with the use of the hashtag #BlackLivesMatter on social media, after George Zimmerman’s acquittal for the death of African-American teenager Trayvon Martin from a shooting. Black Lives Matter began gaining national recognition for their protests after the deaths of two African Americans in 2014: Michael Brown and Eric Garner, leading to protests and riots in Ferguson, New York City.

eToro and Abra halt XRP transactions in the US

Tilda Swinton will appear in the “Parasite” series produced by HBO