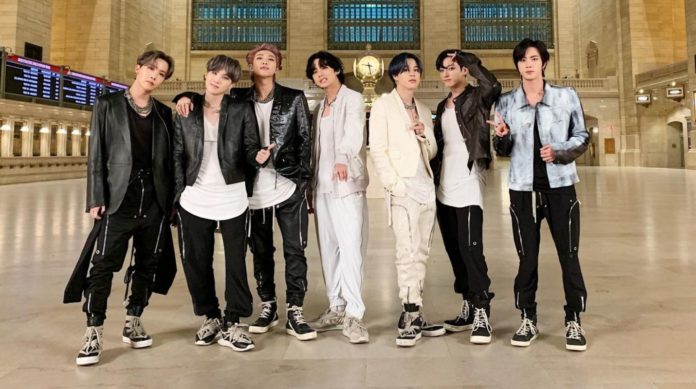 The boys sent one of the most special messages of their career.

BTS has managed to transmit messages of self-esteem and self-improvement through its music and songs . ARMY has managed to get by thanks to their words of encouragement, because they know that they have also been through a lot, have had wounds and fears, but both have found a way to be happy.

Recently, during his interview for MTV Fresh Out, as part of his “Map of the soul 7” promotions, BTS thought about his I of the future and this is what they said.

Each one had to imagine the opportunity to say or ask something to himself within 7 years. We tell you what the boys wanted to convey:

Suga
We know that within 7 years, the idol will be 34 years old (35 in Korean age), so Yongi wants him to be healthy and wants to leave some of his bad habits.

Jimin
The idol will want to remember his whole story with BTS, so he wants his future self to remain a role model, because he will strive to do so, because he is sure that in a futurp he will be a great boy.

Jungkook
Kookie wants to be happy in 7 years, but she would also question her studies in English.

Namjoon
RM is a very intelligent boy, but the time of BTS and his studies in Modern Art, do not allow him to do everyday things, so he would wonder if his self of the future finally managed to get the license card.

See Also
HOW DO BTS BOYS SMELL? SEE WHAT PERFUMES THEY USE

J-Hope
Hobi just wants to stay happy, remember that he is the hope of the group and ARMY.

Jin He
is one of the members of the vocal line, he has worked hard in other areas of the group, but the idol decided to joke about his performance in the dance and said “Don’t do it”.

Taehyung
After making a wish in your “Magic Shop” event, it seems that V will insist on growing a little more, not asking much, just 1 cm more.

Nabilla unveils her favorite room in her luxury villa in Dubai!