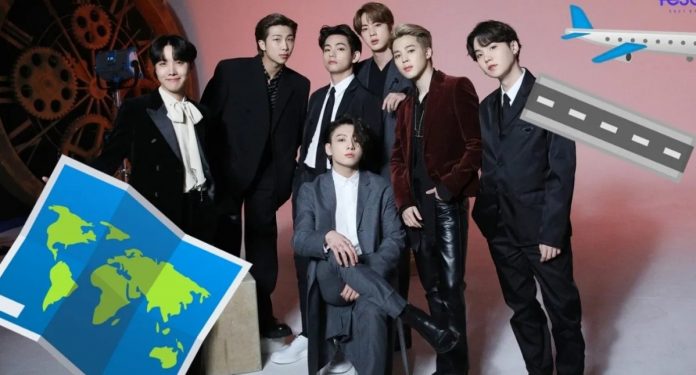 BTS says goodbye to ARMY before traveling, what adventure will they have? BTS idols have a very important journey and are so excited they share it with ARMY.

BTS will visit the American continent for a very special mission, the idols write at the time of their departure and hope to arrive safely at their destination.

After not being able to leave for so long, the members of BTS are very excited about the trip they will have, the idols will be in charge of representing South Korea in the United Nations General Assembly ; this will take place in New York, United States .

So, as great ambassadors of their native country, the Bangtan Boys are ready and excited to fulfill this mandate and visit again the North American country where so many fans have welcomed them happily on previous occasions.

When taking their flight the idols were more than excited to embark on this long journey, we will soon be able to see them through the broadcast of the Assembly of which they will be part, but before this, they say goodbye to their fans and hope to have a good trip .

BTS SAYS GOODBYE TO ARMY BEFORE TAKING FLIGHT, IDOLS WERE EXCITED TO TRAVEL

Bangtan idols say goodbye to Korea for a while to travel to the United Nations Assembly in New York , before leaving they upgrade to ARMY and hope to have the best of trips; arrive safely at your destination and return home later.

Are you ready to see BTS idols on a new mission ? They will surely do so exceptionally and we cannot wait for your inspiring participation in this very important event .

Juancho Hernangomez from Hustle was asked about the most difficult scenes...