Home Celebrity BTS: RM shares details of his health with a message to ARMY 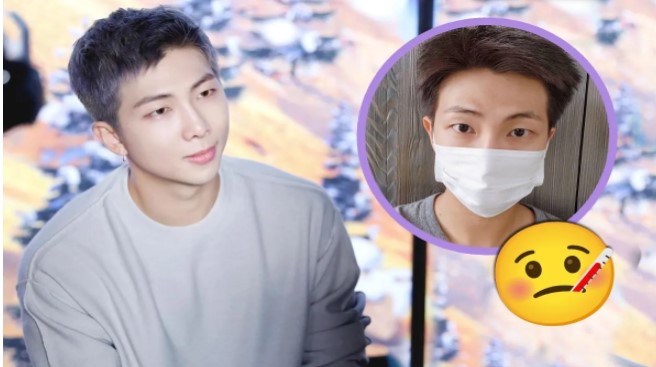 After some members of BTS were infected, little by little they have released some news about their current health status and how they are dealing with the disease.

The boys of Bangtan Sonyeondan have gradually returned to South Korea getting ready to enjoy the new year, which is why some ended their period of isolation earlier while for others it is just beginning. Over the weekend, Jin and RM were diagnosed with COVID-19 and BigHit was the one who broke the news.

According to the statement, both tests were carried out when they returned to their country and although the first of them were negative, days later the diagnosis would change. In Jin’s case he was only experiencing a slight fever and RM still had no symptoms.

The boys are in quarantine to regain their health and also to prevent other infections, but for ARMY it was impossible not to feel concern when hearing the news, so Namjoon took it upon himself to reassure his fandom with a message.

RM IS IN QUARANTINE, HOW IS HE’S HEALTH?

Just a few hours ago it was Suga who updated the fans on his own health status, stating that he was fine, because with a short notice he had also been diagnosed with the same disease. It was then that he asked all fans not to worry, so in response to this post on Weverse, RM also shared a message that reassured the fandom:

I am also very well

Hearing from BTS idols made the fans happy and was certainly helpful in continuing to encourage them during their recovery, as the process will be more bearable if they are not experiencing discomfort.

BTS TAKES CARE OF YOUR HEALTH AND TAKES PREVENTIVE MEASURES

The BigHit statement also noted that both Seokjin and Namjoon complied with their two-dose vaccination schedule, concluding with it in August, but now that their test results came back positive, the company will also make sure to collaborate with the recovery of the idols as they indicated that the health of their artists is a priority.

Currently both singers are at home and receiving the treatment indicated by the health authorities, so there is nothing to worry about.

In other BTS news, we told you that Jungkook got caught up in dating rumors, he knows the details about it.

Lay Zhang founded his own company