Home Entertainment BTS: RM Inspires Massive Reprint Of A Book Out Of Print For... 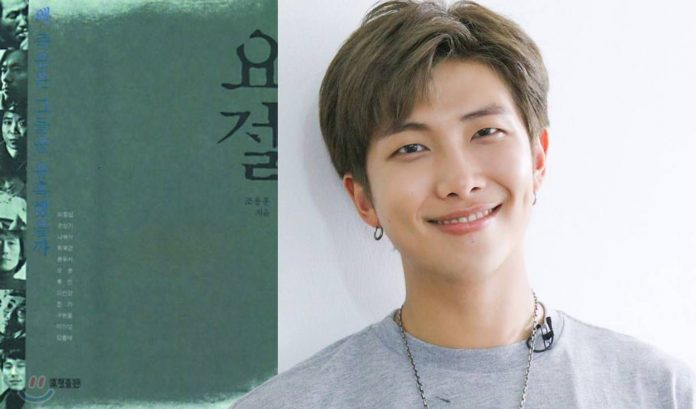 BTS’s RM inspires a massive reprint of a book out of print for over a decade. Cho Yong Hoon‘s Early death will be back on the market thanks to Namjoon and his positive influence on ARMY.

A Korean book that was out of print for more than a decade is reprinted, and consequently will return to the market, thanks to the power of RM, the leader of BTS.

Like his group mates, Namjoon has more than once demonstrated his positive influence on fans, and now this ability to inspire is manifested in the great comeback that a work written in his country will have at the request of his fans.

Hyohyeong Publishing, a South Korean publisher, made official through social media on August 10 that they reprinted Cho Yong Hoon’s Dying young from that date.

In a first announcement, the company thanked the leader Namjoon for making this event possible, because after he was seen in the 2020 BTS Memoirs with the artbook, interest in the article resurfaced.

Thus, to satisfy ARMY who already wants to enter this world indirectly recommended by the famous 26-year-old Korean, the publisher reprints the piece. The sale will start at the end of the month.

Fans who wish to purchase it can now virtually separate it. However, it will sadly only be available in the K-pop superstar’s native language.

Hello, I am Hyoyeong Publishing. Dying young is currently on pre-order at YES24, Kyobo Bookstore, and Aladin. The artbook, which has been published for 20 years, has been restored to vitality thanks to RM and ARMY. Thank you once again from the bottom of our hearts ”, the company details in a second announcement.

What is Cho Yong Hoon’s Dying young about?

Dying young, also known as Early death, by Cho Yong Hoon, analyzes the lives and works of 12 Korean artists from the most diverse branches of the field who died young, but who, in their brief passage through life, left legacies that last a long time. the actuality.

For ARMY it is not a surprise to see Namjoon with pieces related to art. On more than one occasion, the leader has been a lover of literature, museums, paintings, definitely music, and more related manifestations.

Namjoon and his actions in favor of art books

In the past, Namjoon has personally sponsored out-of-print or hard-to-access art books. To cite one example, on his last birthday he donated 100 million won (about $ 85,000) to the National Museum of Modern and Contemporary Art of South Korea. This amount was destined for the return of written works that were no longer circulating or that were difficult to access, and the same copies were distributed to schools throughout the country.

PlatinumGames On The Future Of Bayonetta: “If There Is Interest There...