Home Entertainment BTS: RM Celebrated His Birthday With ARMY, What Happened On VLive? 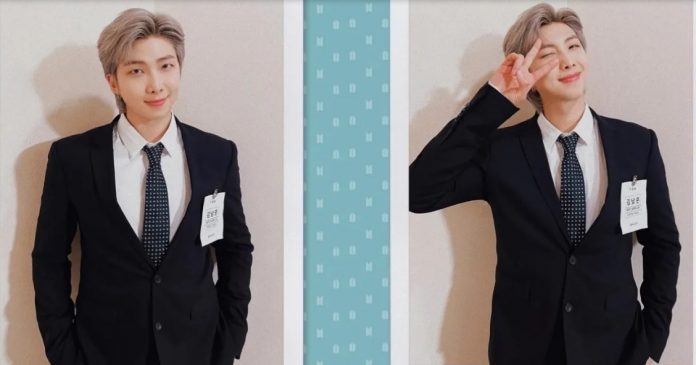 September 12 was a day of great celebration for ARMY , for RM of BTS celebrated his birthday number 28 in Korea South and fans could not stop festjar to the idol because it was a very important day for both the group of K-Pop as for your fandom .

The idol began by congratulating everyone who had their birthday in the month of September and told a little about what he did in his day, eating and receiving hundreds of photos and proofs of the messages and announcements that they put on the idol’s name, he saw his face everywhere.

Namjoon showed a lot in his live broadcast on VLive to celebrate his birthday with ARMY and here we have the best moments of the live so you don’t miss a thing if you couldn’t see it; the idol seemed super happy.

THE BEST MOMENTS OF RM’S BIRTHDAY ON VLIVE

Kim Namjoon showed us the gift his bandmate Jin gave him , it was a beautiful bicycle on which the Bangtan leader will love to take a long ride.

A bike is the best gift for Nam who loves riding one so much.

The birthday idol said that he ate his favorite cakes, fresh cream and sweet potato, so he was very happy eating what he likes the most.

What else did he tell us about his birthday?

ARMY asked RM if he drank on his birthday, but he said that he didn’t get drunk and that he doesn’t like liquor , that his favorite drinks are champagne, wine, beer, makegeolli, and draft beer.

Apparently, the idol had a very quiet day.

RM and the future

Nam wondered if after the world contingency he could really return to the stage, to the concerts because despite exercising he has reflected on all the energy that is expended in a concert and believes that he may not feel in condition.

There is no doubt that we all want concerts to return now, but will we be ready for the future?

Finally, Namjoon showed his cake in front of ARMY and made a wish with the very cute and special dessert that had the phrase ‘I believe in your galaxy. RM ‘.

Although he blew out the candles in a very different way.

This is how RM had fun with ARMY at a belated birthday celebration, but always thinking of his fans and the future; besides that, he looked very happy.

Genshin Impact had revenue of $ 874 million in 5 months