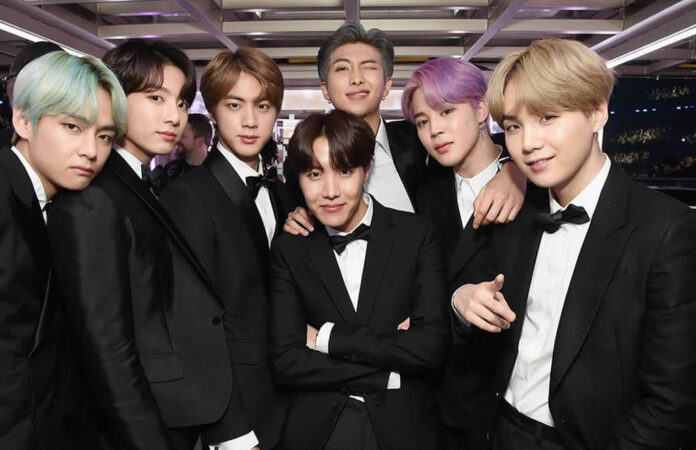 The cell phones of the BTS members hide a funny secret and these idols talk about it. Bangtan Sonyeondan boys usually have a very busy schedule, even though they cannot perform live shows for now, they continue to work and must keep an eye on their cell phones, what are they hiding in these devices?

In an interview with iHeartRadio, BTS revealed that they have some files stored on their phones that many of the members of the group do not want to be revealed and therefore, consider that Jimin and J-Hope’s cell phones contain important material.

It is about the photographs that they have saved in the gallery of each device, since they recognized that most include funny photos of their companions, although Jimin said that he has many images like that, it is J-Hope that they should fear.

Actually if my phone gallery were revealed it would be the end of all of them. But J-Hope has even more than me.

This was endorsed by fans, who without having seen Hobi’s phone gallery, know that this idol usually takes a lot of photos, so it makes sense that he has more fun weapons against his peers.

ARE THE BTS BOYS ALWAYS TOGETHER ON THE PHONE?

The idols of Big Hit Entertainment must keep an eye on their schedule and go to fulfill the work they have planned, but during breaks from these activities they can enjoy taking a look at their cell phones.

Jin, Jimin, J-Hope, Jungkook, RM, Suga, and V have a group chat to share some of their thoughts and discuss their future plans, but not all of them stay active in the conversation.

The BTS boys chose Suga as the most vocal member in this chat, but pointed out that Jungkook and Jin also use him frequently.

But there is also someone who does not usually send messages in this group, so some think that she does not even read what others send and does not enter the conversation either. It is about Namjoon, although previously this artist said that when she sent a message announcing the first place of the group on the Billboard chart, no one responded. LOL!

We also recently told you that the Asia Society will recognize BTS’s work for its talent and impact on the world at the 2020 Asia Game Changer Awards, find out what it is about.

Halsey reveals how her ankle fractured