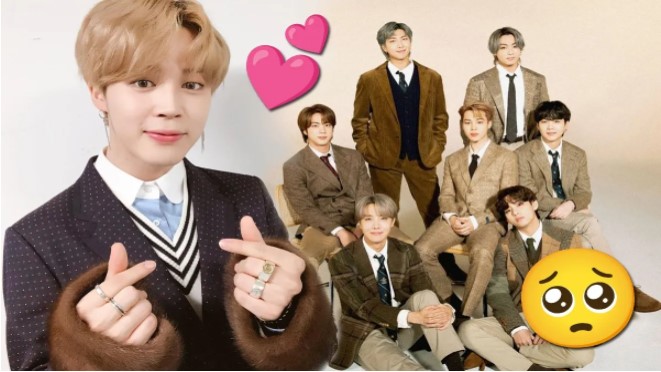 It seems that Jimin’s nickname is not what we thought and the members of BTS revealed what is the reason why, at least they have called him Mochi.

Each of the members of BTS has become known around the world with his talent and popularity, but in addition to their stage names being popular everywhere, there are those who affectionately call them differently.

In some cases with their real or full names, also adorably shortening their names or even nicknames. In the case of the latter, we find those that were born from the creativity of ARMY and also those that emerged within Bangtan Sonyeondan.

Recently the guys revealed that Jimin’s nickname as Mochi is not exactly what many believed, what is the reason they call him this way?

Recently a new snippet of BTS filming for The Late Late Show was unveiled, you will surely remember that James Corden earned the nickname Papa Mochi as a reference to the nickname Jimin had from before.

When the Filter performer changed the title of this MC from Papa Mochi to Amigo Mochi, Jungkook asked why they called him Mochi and Jimin was the one who explained that the nickname, since it was chosen for him, was because he is so sweet. AWW!

However, the rest of the members joked that they thought that in James’ case it was because he looked like a mochi. LOL!

Previously, fans of the HYBE group have argued that there are several traits that the Japanese dessert has in common with Park Jimin, as to begin with is the soft and smooth appearance of his skin, the adorable cheeks of the singer and of course, his good looks. personality.

A mochi is a very soft, fluffy and sweet-tasting Japanese dessert that, although it exists in various presentations and colors, always has these qualities. Sounds like a good nickname for the idol?

In other BTS news, we told you that Taehyung had alerted fans about growing his beard and finally revealed what he looks like.

2PM: How did Taecyeon react to Chansung’s wedding announcement?