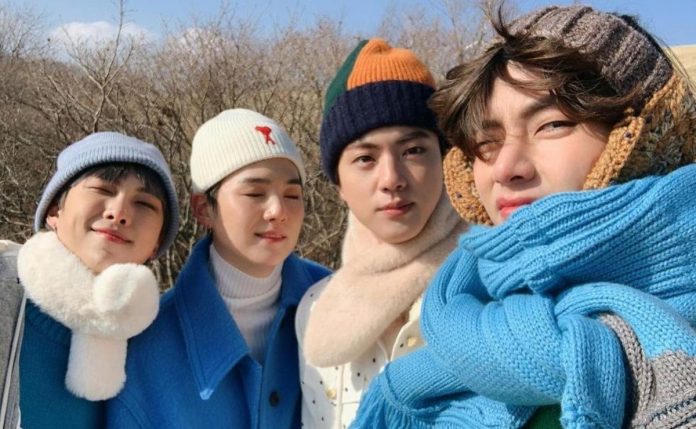 BTS released the official notes on ‘BE’, the members of the K-pop band revealed the experiences they lived during the recordings and the creative process of the album that they carried out during the quarantine.

In November 2020, BTS released the studio album ‘BE’, they surprised the world with thoughtful, emotional, funny themes where the Hindus interfered in the composition, concept and art of the project.

As part of the album activities, Big Hit Entertainment agency released an interview about the official notes of ‘BE’, the interpreters of ‘Dynamite’ revealed some stories that ARMY was unaware of.

The K-pop idols noted that they had some incidents with a specific song, the colors that best suited ‘BE’, and other experiences that marked this musical era of the group.

HOW WERE THE RECORDINGS OF BTS ‘CD BE?

Namjoon commented that they experienced an accident with ‘Stay’, the demo sounded completely different from the version that was released, the leader of BTS asked Jungkook, who composed the track, to let him listen to it, then they created the subunit.

Suga recounted that he wrote ‘Telepathy’ in record time and J-Hope spent a good season producing, took pictures and fondly remembered the conversations he had with the boys.

V confessed that one of the songs he created for his first mixtape was included on the album, he shared his talents with idols and it became a Bangtan Sonyeondan song. Jungkook explained that during the creative process of ‘BE’ he felt a deeper interest in music.

The players of ‘Boy With Luv’ were questioned about what color could go better with the aesthetics of the record material, RM chose blue, as it is a refreshing tone, Jin proposed blue and gray, as did Yoongi. J-Hope opted for green, Jimin for blue, Taehyung for black and gray, while Golden Maknae chose all the colors of the rainbow.