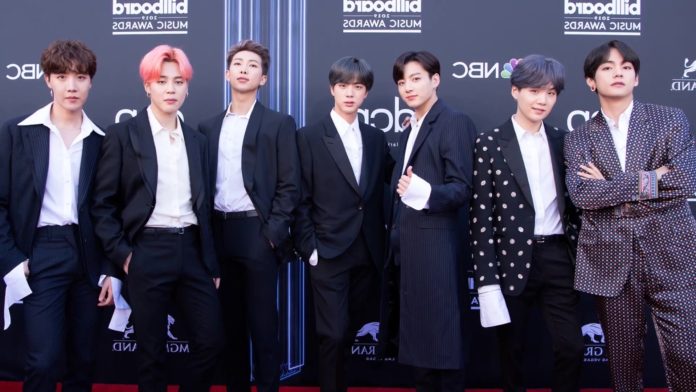 BTS reveals a SELF-CAM that will make you feel on stage. Take advantage of these moments and be part of the band led by RM.

BTS just released a new clip on their official YouTube channel, BANGTANTV where fans can feel like they are on stage with them.

‘ Spine Breaker ‘ from the Skool Luv Affair album released in 2014 and talks about the difference in classes, how is it that people put a price on things that are not worth it, as young people are carried away by appearances or for having physical belongings such as a watch, a backpack or an expensive jacket.

With many close-ups and shots where fans will be able to feel not only at the concert, but experience that they are on stage with BTS , this SELF-CAM will make you feel like the eighth member of the Big Hit Entertainment band.

This presentation was given during the special concerts of ‘ BTS 5th MUSTER MAGIC SHOP’ , in the cities of Busan and Seoul , you can see how the boys interact with each other and are infected with the energy of the audience who chant the track with great joy.

In a fancam of people who attended you can see that the one who takes the most time on the camera is Jungkook and Jimin, to make ARMY feel that he is in the presentation with them.

And the song refers to the special video of the song, which the boys parodied in 2017, where they show a more fun side, with Jin as dance director, Jungkook as camera director, RM director and assistant to him. J- Hope himself .

Khloé Kardashian produces a new series on “crime of passion”!