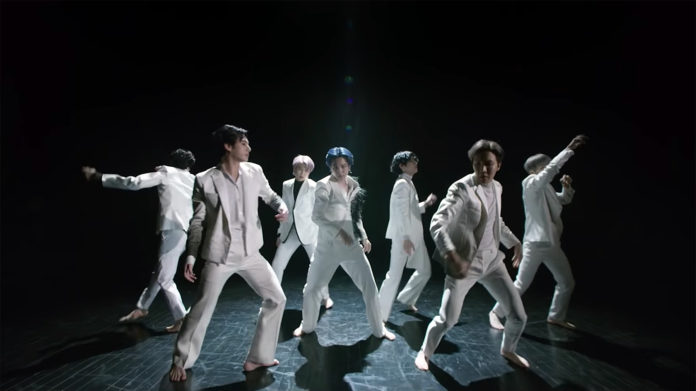 BTS reveals the secrets of Black Swan with a behind the scenes. All the details of the creative process for this filming have been shown through this video.

Previously, BTS surprised its fans with the Black Swan video , from that moment on, different doubts arose about how it had been done. Now, the YouTube channel of BANGTAN TV has published the behind the scenes so that the followers of the group have a wider vision about the process that allowed to reach the artistic video.

The music video was filmed on Broadway Theater District, a site of great recognition thanks to the large number of events it receives and for the films that have made it known in the eyes of the world.

For Black Swan, the play of light and shadow is a key element that allows communicating the story of transformation in a black swan , due to these elements, the vision of the theater is very particular within this video.

jungkook behind the scenes of the black swan music video pic.twitter.com/IKcI6mRZyA

The behind-the-scenes video allowed ARMY to know what this space really looks like, as well as watching members of the famous group perform some parts of the song individually and also joining in a group choreography.

During this clip, Jimin explains that the dance he is performing in a solo at the beginning of the song represents a stage prior to the transformation he is about to perform.

The interpretation of this idol through dance is unmatched , since we can see all his feelings poured through his delicate movements that he performs with certainty, but that reason, he was the one to interpret the shadow we see behind Suga during Your first participation.

Jimin was the one who expressed Yoongi's shadow during the 'Black Swan' MV pic.twitter.com/wFrDNzWdKx

Another moment that caused curiosity when the music video came to light, was the rotating scene of V due to the visual impact it had , in this behind the scenes the process to achieve it was revealed, revealing the skills of the production team.

At the end of the first day of recordings Jungkook interviewed his teammates , all were excited by the work done and also by the scenes that were still pending.

Later we were able to take a look at the place where Jin’s scene was recorded in the mirror room, who, like all the members, took us to see different sections of the theater.

To close the filming, we saw the members assembled for one of the group choreography scenes and at the end they were able to share their expectations about this video. They confessed that it is a dance style that they had never tried before and that it is also the first time they filmed a music video abroad , but the result left them very satisfied so they were sure that ARMY would love it , and so It was.

Watch the full video behind the scenes of Black Swan here: