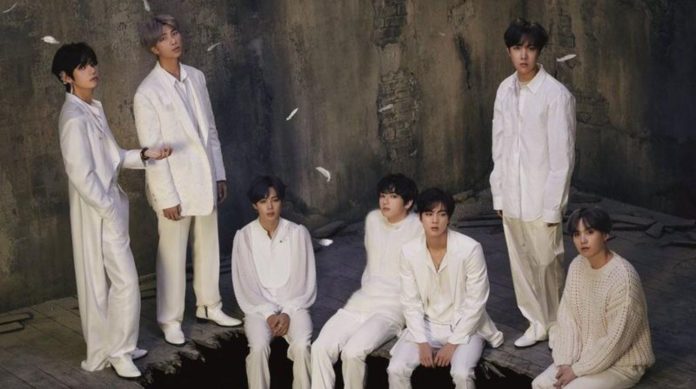 ARMY! The regressive account for the comeback of BTS has started officially, although boys premiered several advances with “EGO”, “Black Swan” and “Shadow” recently unveiled the first preview of what will be the concept for new album.

Through the Twitter account of BigHit, BTS published several photos that belong to the group and individual teasers , it will be the first version, but the fandom fell in love with the photographs and the aesthetics of the new concept.

Apparently, the shadows will be present in this comeback, the boys pose inside what appears to be a house in ruins and in front of them is a black hole, which could represent a “chasm”. Everyone seems to be very close to falling there; However, perhaps the lyrics of your songs will reflect a message about not falling into the darkness of our fears.

What attracts the attention of the teasers , is that everyone is dressed in white and achieve a contrast with everything that surrounds them, they even seem to show that no darkness can bring them down, as some seem to have managed to get out of the hole. What do you think?

Without a doubt, all the boys look really handsome in their white suits, they can also see feathers floating in the air. BTS will continue to give a positive message to the entire ARMY with this comeback.

Meghan Markle accused of profiting from a psychological flaw in Harry!