Home Celebrity BTS reveals how they met in underwear? 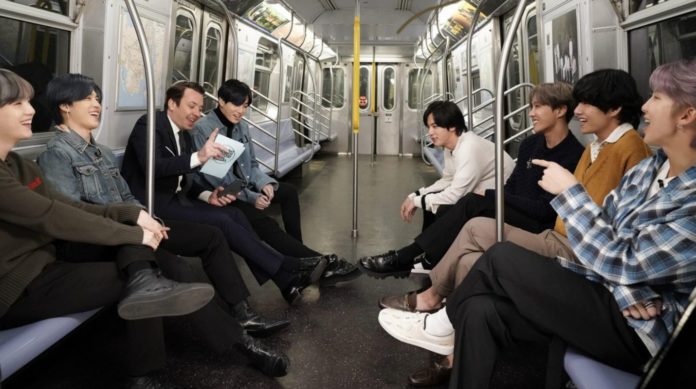 The boys’ habits led them to know each other in a very peculiar way.

During the adventures that the BTS guys next to Jimmy Fallon on The Tonight Show , they took us to see them in new scenarios and new experiences. The question session was one of the most anticipated because it had been previously announced that the questions that fans sent via Twitter would be taken into account .

However, to get to know the boys a little more and present them to the audience, Jimmy also asked some introductory questions , surprising fans with some curiosities that BTS members revealed while traveling in a subway car.

After questioning them about the activity they would have liked to do if they were not part of the group, Jimmy also asked what was the first impression they had of each other the first time they met . Jungkook replied that the first one he saw was RM and immediately thought he was someone incredible.

However, the surprise occurred when the group leader responded to such a compliment:

“Thanks, but the first time we met I was only wearing underwear”

Even from that first meeting between Jungkook and RM, the impression that the maknae has had of the leader places him as someone great , this being proof of his fun and close friendship.

Watch this section of the program here:

Harry Potter: a store entirely dedicated to the saga opens in...

Grey’s Anatomy: How did the plane crash bother?