Home Celebrity BTS reveals the ‘Map of the soul 7’ tracklist 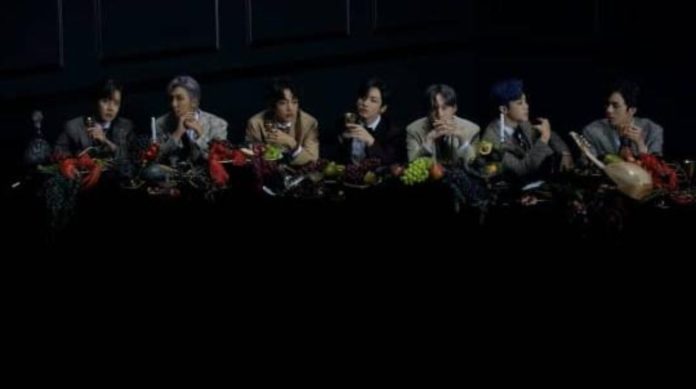 BTS reveals the ‘Map of the soul 7’ tracklist. Many surprises and theories with the new songs.

Whenever lack least for the comeback of BTS . The boys already gave some progress with the singles ‘Black Swan’, “EGO” and “Shadow”.

They also have a couple of appearances on “Today Show” and the Jimmy Fallon show, where they will be interviewed and promote their new comeback . But today, the album tracklist was finally released .

Through its social networks, BigHit published an image of the song list of “Map of the soul 7” and came with great surprises.

The first one is that the album will be a kind of repackage, because it includes “Make it right”, “Boy with Luv”, “Intro: PERSONA” and “Dyonysus”. Of the 20 songs, 15 are new and 4 caught the attention of the ARMY. The main single will be “ON”, whose digital version will be a collaboration with singer Sia.

“Friend” and “Time difference” could be dedicated to ARMY. “We are Bulletproof: The eternal” could mark a return to its origins.

Among the theories , “UGH” is believed to be a rap line single. “Inner Child” could be the emotional song of the album, finally, “Louder than bombs” again refers us to the origins and concept that BTS managed since its debut.