Home Celebrity BTS reveals the hidden story of their songs 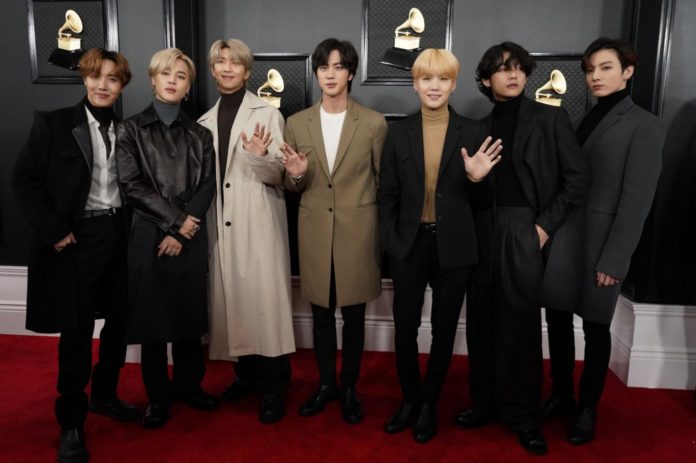 BTS reveals the hidden story of their songs. Check out what each of these idols said about the songs on their new album.

The album BTS Map of the Soul: 7, gave us the opportunity to hear some solo songs from each of the members , in which each expressed the feelings he wanted to give to know his fans who have arduously supported. During the visit of the BTS boys to the SIRIUSXM radio station, they were able to explain what is the story they are trying to tell with this album , so each one made a brief review of the stories that each of their individual songs tell. .

Suga was the first to talk about ‘Interlude: Shadow’, sharing that throughout their careers they have been able to experience many things, so they have been able to see both the good and the bad side of each situation, although there has been light and In darkness during these years, this song is written from the moment he has faced his own shadow, created from those encounters between light and darkness.

To Outro: Ego, J-Hope said it’s about how he became the J-Hope he is now, in the past there were a lot of obstacles he had to overcome, so he had a lot to think about as he walked his way to becoming a K-pop star. Therefore, now that he has achieved success, he has nothing that he would like to change, since he accepts the path that he traveled as a destination that he chose and that was necessary to be what he is now , as there is no rancor or regrets within him for what can go ahead and aspire to more.

For his part, Jungkook said My Time focuses on the way he has seen the world change through the years . This idol wanted to talk about his growth, reflecting his evolution since he was a trainee and until today, during that time he has had changes in his way of thinking and the way he perceives what is around him, to express this transition seemed to him good idea to use the metaphor of time differences, and the result was incredible.

Jimin spoke about Filter , commenting that from his perspective there are many filters in the world that allow us to show ourselves in the way we want to be seen , such is the case of what we see with the camera applications and alternatives available on social networks. With these filters, the way people see things can vary, so the song expresses all the meanings that a filter can have according to different perspectives.

RM’s song was Intro: Persona , and his story starts from one of the questions that everyone tends to ask himself throughout his life: who am I? In this way, the BTS leader said the lyrics speak about how he repeatedly questions himself as a result of going through a process of finding his true identity.

Then, Jin spoke about Moon and explained that it is a metaphor about how the moon sees Earth, in this case Jin is the Moon and ARMY is Earth , the melody and the lyrics contain all the love of this idol towards their followers and for this reason it has become a favorite.

Finally, V spoke about his song Inner Child, he said that it was very significant for him because it is a special message addressed to himself , but in this case it is a little boy who is inside him, thus, he manages to speak to him to his past self and show him that although he is going through difficult times, that will be rewarded because he is working hard to achieve his dreams.

Watch the video of the interview that the boys gave to SIRIUSXM here:

KHLOÉ KARDASHIAN TAKES A TOUR OF HER SECRET CLOSET, WHAT DOES...