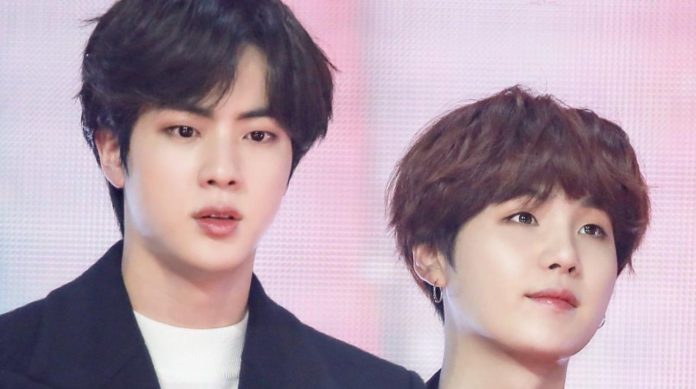 On December 4, Jin turned 27 and received all the love from ARMY and BTS, a month later the boys decided to reveal the behind the scenes of the party they organized … without Jin. This is what happened.

In a new BangtanTV video, BTS revealed how they decided to organize Jin’s live birthday celebration last December. Everything begins apparently normal, Jimin and J.Hope prepare the candles on the birthday cake and enter one of the rooms of the hotel, the guests were arriving slowly, but … They did not allow Jin to enter?

Apparently, it was all a joke, because as you will remember, Jin was watching the live broadcast of BTS on the VLive platform, he realized that they were celebrating without him, so he decided to run to the room.

The boys finally revealed the other side of the story: Jin and V stayed outside the party and waited for them to open the door, but when Jin was finally able to enter his own celebration, the transmission was over. LOL
In the end, they only hugged Jin and everyone decided to return to their room after celebrating without the celebration. Apparently, V didn’t know about his plan either.

Meghan Markle is pregnant, the dress is a sensation!

Joker 2: the officially announced sequel, what to expect?