Home Celebrity BTS returns to Las Vegas with new concerts and will be at... 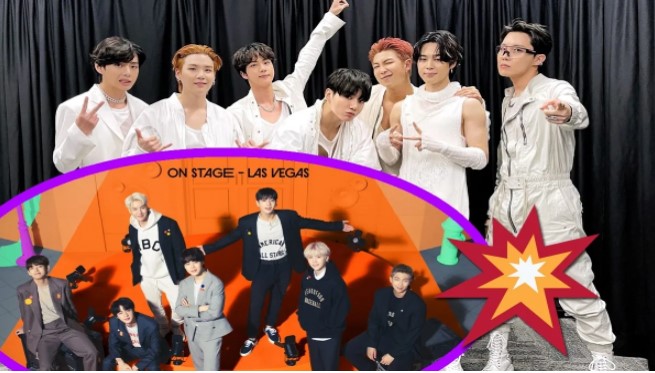 Emotions continue for ARMY, Permission To Dance On Stage will continue to delight fans and BTS concerts will come to Las Vegas, Big Hit also reported on their participation in the Grammy Awards.

Just a few hours ago, international BTS fans did their best to get the tickets that will allow them to see PTD On Stage with the show from Seoul, however the singers and their company have more news for the international fandom, especially those in North America.

BigHit announced that after the face-to-face concerts in South Korea, the group made up of Jin, Jimin, Jungkook, J-Hope, Suga, RM and V will continue to meet ARMY at musical events and made an announcement that surprised everyone.

BTS will have a series of concerts in the United States and here we tell you all the details about where and when they will be, as well as fans from other countries will also be able to see one of the shows.

BTS ANNOUNCES PTD ON STAGE CONCERTS IN LAS VEGAS, WHEN ARE THEY?

According to the BigHit company statement, the Permission To Dance On Stage concerts will take place in person, however at the same time there will be the possibility of seeing it through a LIVE PLAY broadcast. The company said:

We are doing our best to prepare for the concert in accordance with health care guidelines for a safe and quality concert.

The BTS concerts in Las Vegas will take place on April 8, 9, 15 and 16, but they will also have Allegiant Stadium as a venue. The presale for ARMY will start on February 26 so there is only very little waiting.

BTS WILL BE PART OF THE GRAMMYS, WILL THEY HAVE A PRESENTATION?

In the same way, a message from BigHit alerted fans that the K-Pop band will be present at the next Grammy Awards, for which they are nominated with Butter:

We put the health of artists and fans as our top priority to keep participation in the 64th Grammy Awards and the PTD LAS VEGAS concert as safe as possible.

On the other hand, we will tell you when BTS became so famous, there was a point in the idols’ career that became key to their success.