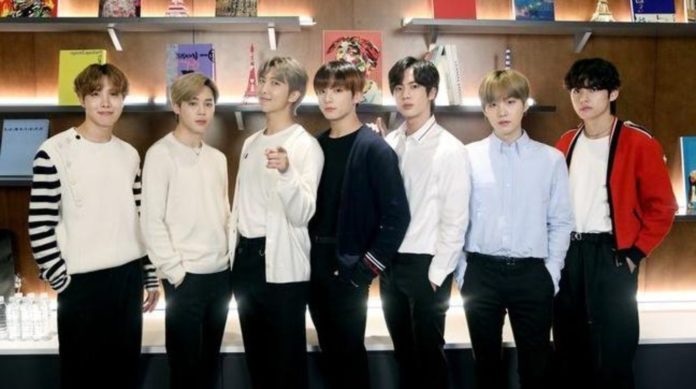 BTS RETURNS WITH ‘BLACK SWAN’, THE FIRST SINGLE OF HIS NEW ALBUM. The group has already begun its new era and did so in a very artistic way.

BTS is getting closer! ARMY, the boys have already started a new era with “Black Swan”, a pre-single that takes a first look at a dark era and with a harsh reality about human emotion. We tell you all the details of the boys’ new single.

BTS premiered the MV of “Black Swan”, a song that has a choreography performed by the company MN Dance. Just a few hours after its premiere, it already records more than 5 million views and has broken records in iTunes charts by reaching # 1 in more than 80 countries.

“Black Swan” shows a dance for 7 people, but only one of them stands out, it is believed that it is a swan tormented by its shadows, its fears, something that does not let it be free, because in the scenes of the dance, they seem to have it as a prisoner, drawing him to them, but he tries to run away. ARMY believes it makes sense, since “Shadow” was the introduction to “Map of the soul 7”.

The aesthetics of the video calls attention to the artistic and delicate dance, which manages to convey what BTS sings in the lyrics, a fear about not feeling alive by not being able to do more what they are passionate about: music. Apparently, BTS will explore the darkest corners of his soul, a journey that leads them to discover something work themselves.

ARMY has begun to make their theories and praised the originality for this song, and they believe that Taehyung could represent the swan once the boys perform their first live performance of “Black Swan.”

Mothers parade as Pokémon teachers at the Carnival of Merida 2020

Rihanna superb: she poses for her make up brand! (PHOTO)

The Weeknd in 80’s mode: it reveals the piece “Blinding Lights”!

J-Hope from BTS to Billboard Hot 100 with its Chicken Noodle...