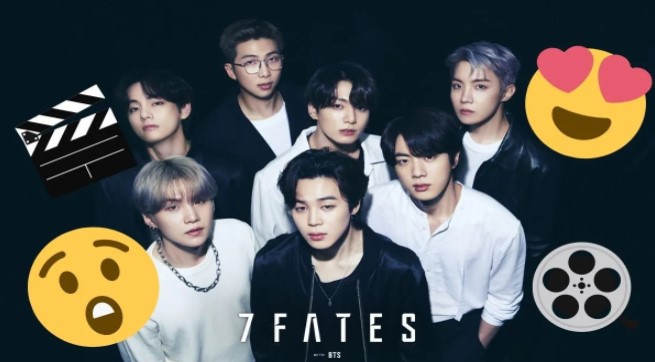 BTS stars in the new teasers for their webtoon 7FATES CHAKHO, which will be available in 2022 on the Webtoon and Wattpad platforms as a web novel. What secrets revealed will ARMY see on video?

In November, at the HYBE Briefing 2021 conference, the agency’s top brass shared that BTS and some of their groups would launch different web stories, available on online platforms.

Now, near the premiere of the webtoon 7FATES CHAKHO, BTS starred in a new teaser of the story full of magic, where the animated characters of singers and rappers will transform into hunters of dangerous creatures. .: 0

Through 7Fates: CHAKHO’s social media, photos and videos were posted that revealed some important details for the webtoon’s plot, even ARMY enjoyed the visual and style of each Bangtan Sonyeondan member.

On YouTube, the official teaser video for 7Fates: CHAKHO was 15 seconds long, and viewers appreciated the powers that began with Jin, then V, J-Hope, Suga, Jungkook, RM, and the last Jimin.

As if the clip were not enough, individual concept images of the two-time GRAMMY nominees were shared on Twitter with the same looks that they occupied in the webtoon teaser, you can also see the official logo.

In the description you can read:

According to the description made by the executives of HYBE Briefing 2021, the story of 7Fates: BTS’s CHAKHO will tell the adventures of 7 chakhos (tiger hunters) who will work as a team to avenge their relatives. It is based on a popular Korean legend.

When is BTS’s 7Fates: CHAKHO webtoon released? On January 15, it arrives on the Webtoon platform and Wattpad as a web novel, where it will be available to ARMY from all over the world.