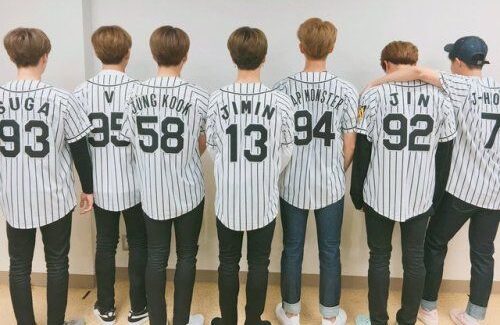 The celebration of FESTA 2020 has just begun, today, on the third day of this special event for BTS’s seventh anniversary, the launch of the first choreographic video that the group prepared was carried out, which allowed us to see the rehearsal that the idols performed for the song DIONYSUS.

The video is filmed in Seoul, taking place on the stage that BTS used for the Speak Yourself tour, so we see two big cats on stage who, during the concert, were an important part of the view given to fans.

The video begins with a large group of dancers who accompany the boys of BTS, little by little we see how the members interpret their respective lines and skillfully execute the choreography, surprising again by their incredible synchronization.

The stage has some scenery items such as chairs and tables that we saw them use during their presentations, however, the shots clearly show the movements performed with each step.

As part of the FESTA 2020 celebration, BTS had previously released a family photo album commemorating one more year as a group and with their fans.

Watch below the full video of the DIONYSUS choreography shared by BANGTANTV:

The truth behind Jay Halstead and his brother Will Halstead

A Reddit User Announces ‘The Immortal Rick Grimes Theory’ by The...