Home Celebrity BTS could release a song in Spanish 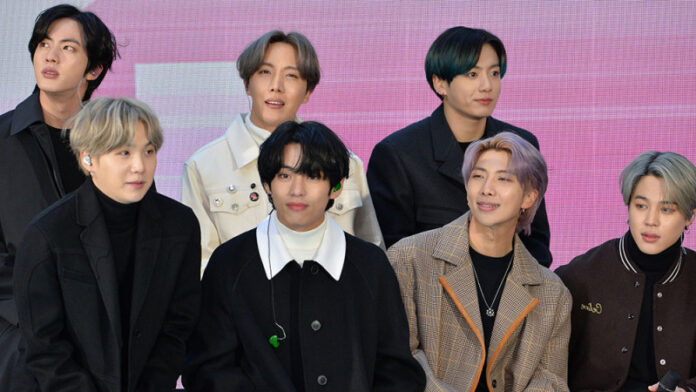 The idol group is preparing to release a new album, but it could also surprise us with a melody performed in Spanish.

The Latin fandom of BTS has waited a long time for the visit of this group, but so far the new dates for the tour can not be planned with certainty, idols might surprise their fans by playing a new song in Spanish.

The hashtag #BTSInSpanish became popular after radio and television host Lalo Elizondo announced that it would give an important announcement about BTS , calling on the ARMYs who kept an eye on the news they would receive.

Subsequently, with a second tweet, Lalo Elizondo reported that BTS will present a song completely in Spanish , but also according to his report the boys have already been working on this project during the quarantine, so if true, we could listen to this song. sooner than we imagine.

This radio and television host has made himself known on social media for announcing many entertainment and entertainment events before anyone else, which is why he has alerted different fandoms before the official announcements are revealed and confirmed.

Although there is no certainty that the BTS song in Spanish will actually be released, ARMY has considered this possibility and their excitement has risen to the sky, as it would be a good gift for a part of the fandom that has waited for See them for a long time and they have not yet had concerts within their territory. Would you like such a song?

The boys have announced that they are already preparing for their next album , so there is also the possibility that this song could be released within the following BTS record material and, although for now it is only rumors, ARMY hopes to have a confirmation very soon.

Madonna took a viral video that shocked her fans

Harry Styles has his own scented candles