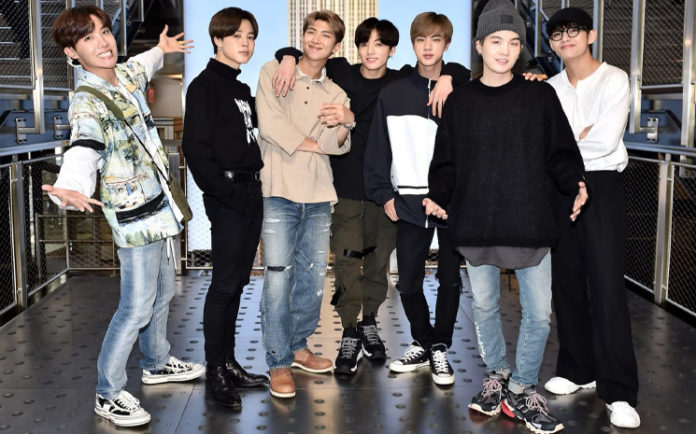 BTS to release Japanese album this summer. Are you ready to receive new material from the Big Hit boys? This is all you need to know.

The Big Hit boys will be cheering up the summer with their new album!

It has been revealed that BTS has been working on a new album in Japanese , which is a market that loves boys very much, who have always spoiled their fans with special versions in their language .

Some media have announced that this record material will have the Japanese version of ‘ ON ‘, a promotional track for ‘ Map of the Soul: 7’, and the OST of the drama for which they will lend their voice, the TV show Tokyo ‘The Labyrinth of the Spiral-Genesis’ OST, called ‘ Stay Gold’.

It has not been announced if the tracklist of this new album will be original or if they will be songs from ‘Map of the Soul: 7’ in its Japanese version, BTS is planning to present this new project for the month of July .

BTS has great acceptance in that country, their songs and albums are very well sold, the Japanese fans of the band are very dedicated, since the single ‘ Lights ‘ managed to sell more than a million copies the first days after its release.

The group that plays ‘ Home ‘ had some dates planned in Japan , the first on June 28, in the city of Fukuoka , following in Osaka a month later, Saitama in August and Tokyo in September, but due to the current situation by the COVID-19, it is unknown if there will be special shows or if they cancel any promotion.

The Witcher Will Be Released Official Podcast