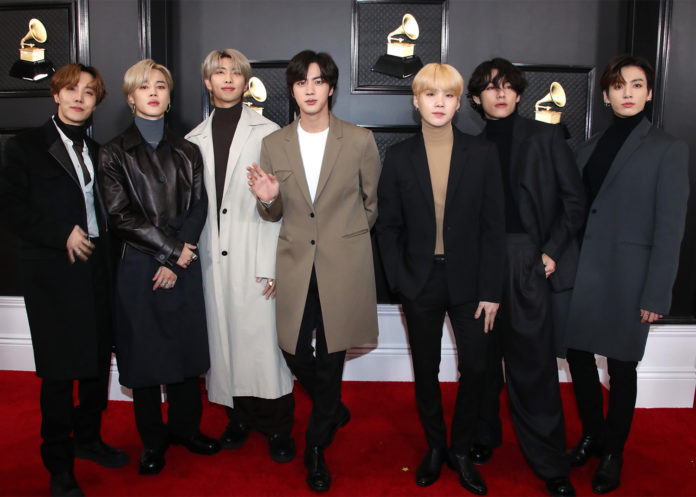 If you have nothing to do and are already bored of quarantine, BTS has the best manga, anime and k-drama stories you can watch, there are movies too. We leave you a list with their recommendations.

Jungkook
If yours is anime, take out your otaku side and follow the recommendations of Kookie

A girl who has already died will have to resort to the help of her friends, who after 5 years see each other again. They will have to help her retrieve her memories so that she can cross over to the other side.

The story of a group of friends who love swimming and are looking for a way to prove who is the best.

In action, it tells the story of a group of policemen who will try to catch a group of thieves who have robbed millions from the Korean bank.

Webtoon that tells the story of a boy who is the best fighter in his school, but after moving to the city, he will have to demonstrate what he is capable of in a new school.

If you want to see movies, RM has the best options:

“Me before you”, based on the book of the same name

“The perfect assassin”, a cult movie.

A French movie that tells the story of a girl who falls in love with a criminal who saves her and teaches her everything about her trade, since she wants revenge on those responsible for killing her family.

A manga that tells the story of a boy who dreams of being the best in volleyball after seeing one of the sports stars on TV, but he will have to face rivals and his short stature.

Manga who talks about a young man who is a star in music, wants to fulfill his dream of being an orchestral teacher, but his arrogance and problems with his teacher will lead him to fight for his dream on his own, on the way, he will meet a pianist who calls himself his wife.

Movie that tells the drama of a boy who no longer feels pain and is dedicated to hitting people who owe debts to lenders, but on his way he will meet a woman who suffers from hemophilia, a disease that causes him to bleed from any injury or hurt.

They both have a stormy past, but they will learn to heal each other’s wounds.

Suga
Legal High
Series that shows the love-hate relationship of two lawyers, he is successful and always wins, she is a novice lawyer who believes in his ideals. They are the perfect combination to win, but in love?

Jin
“Princess Monoke”
Tells the story of a young warrior who gets a curse after killing a boar, who was a forest ranger. He must travel to another distant town to discover the secret behind his curse before dying.

A low-class girl enters a wealthy school, where she will meet a group of 4 boys with great abilities, she will discover love and friendship amidst the suffering and bullying she receives from her peers.

Billie Eilish: How does the singer protect herself from her stalkers?