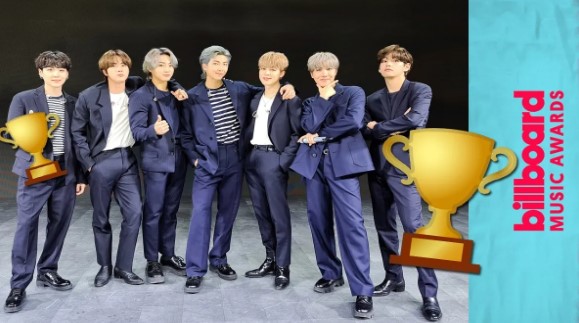 The Billboard Music Awards concert is about to begin, but some of the winners have already been determined, and BTS is included in this list. What awards did HYBE group receive?

BTS members collect one achievement after another, and while preparing for the release of their new album called Proof, the idols continue to receive recognition for the melodies they have already released to conquer the audience.

The Billboard Music Awards gala will be held today, and although BTS will not be present at the event or at the performances, the K-Pop group playing Dynamite has already received several awards.

Due to the influence of their music, Bangtan Sonyeondan were nominated in a total of six categories, and in the awards announcements that were broadcast live, it turned out that these artists had already received 3 awards.

BTS WINS 3 CATEGORIES AT BBMAS 2022, WHAT AWARDS DID THE GROUP RECEIVE?

Louder Than Bombs performers were nominated as a group for their songs, as well as for one of their collaborations, but at the moment they have received 3 awards, among which we find:

The best singer of songs by sales

WHAT OTHER AWARDS CAN BTS WIN AT THIS YEAR’S BILLBOARD MUSIC AWARDS?

The winners of all of them have already been announced, so if there is no surprise during the gala concert, there will be no other category in which BTS will appear.

On the other hand, we inform you that the first male group P-Nation is ready to debut, check out TNX teasers for their MV Move.

Drake Bell suffers in Hawaii, says he wishes he were in...