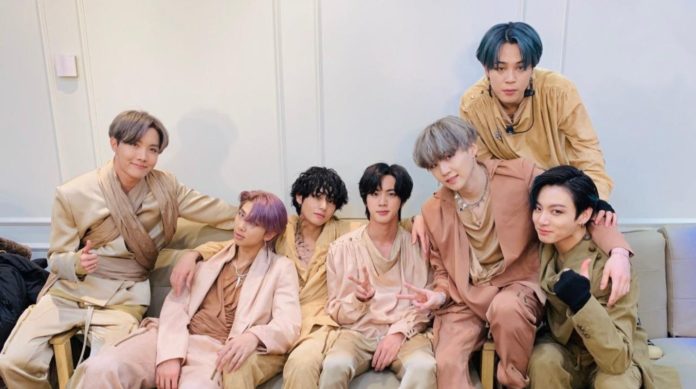 BTS has received all the support of ARMY with its MV ‘ON’. Fans will continue to support the group despite YouTube failures.

BTS has achieved several goals with “Map of the soul 7”, from millions of albums sold, to iconic presentations with Jimmy Fallon and James Corden.

However, the joy has been overshadowed by the coronavirus, which forced the boys to cancel their tour in South Korea and because of YouTube’s policy problems , we tell you what happened.

ARMYs are really giving YouTube a 1 star rating on the AppStore and are charting the entire mots:7 discography bc they’re mad I LOVE THIS FANDOM#YtBring67MBack pic.twitter.com/7kmqNFgbaP

Through social networks, ARMY has expressed annoyance for the ” ON” video , the fandom had the goal of reaching 90 million views in the first 24 hours, which would give BTS a new record .

you7ub3 was too surprised to see bangtan's mv reached 80M+ in 24hours and thought that the views were from bots so they deleted half of the views. sorry to dissapoint you you7ub3 but, this is us. yes too powerful. #YtBring67MBack pic.twitter.com/nxoXGaCLi9

But the YouTube platform has changed its policies and it seems that even if you play on different devices, the views will be counted only as 1, if you are using only one account, ARMY has made several strategies to add views without counting them as boots .

ARMY believes that there could be a failure in the platform and millions of reproductions have been discounted to the official MV, so its goal only reached 45 million. The fans wanted to give the boys another achievement, because they worked a lot on this new album.

Despite the new policies, ARMY will continue to support BTS with each of its MVs and singles.

10 movies coming sooner than expected due to coronavirus

TAEHYUNG ENCOURAGES FANS WHO ARE SAD FOR THE BTS TOUR

Neymar: in big negotiation to extend his contract with PSG?