Home Celebrity BTS recalls what the process behind Map of the Soul: 7 was... 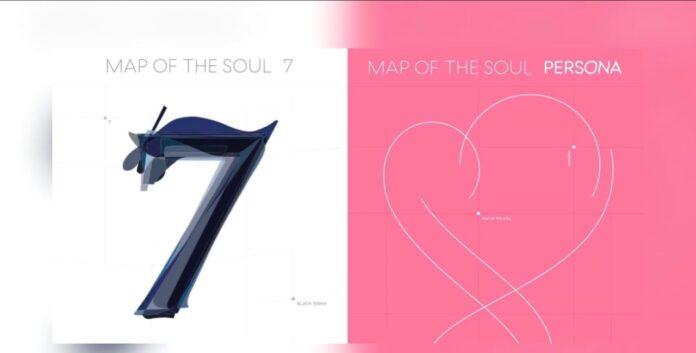 Each concept that the BTS boys include in their musical productions has an important meaning and a special message for ARMY.

The most recent BTS comeback became a success, not only in sales, the public received the second part of the ‘Map of the Soul’ saga very well, the record material was promoted with songs like ‘ON’, ‘Ego ‘and’ Black Swan ‘.

The Big Hit Entertainment group always shares with their fans the entire creative process of their teamwork. The album ‘Map of the Soul: 7’ had 4 different photo concepts, with diverse but equally interesting aesthetics that reflected the aura of their comeback.

Before their press conference to reveal ‘Map of the Soul: 7’, the boys reacted to a video where they are posing for the photoshoots and reflected on their performance in their different images of the songs for the album.

One of the funniest things is that while the boys were examining each of his images, Suga preferred to cool off with a little coffee, Jimin revealed that V has a habit of chewing gum, he even does the movements even though he is not eating the candy.

The clip of more than 3 minutes in length was published on the official YouTube channel of BangtanTV and so far has more than 1 million views and 429 thousand likes from fans who are always on the lookout for updates on their social networks.

Yesterday the group was nominated for the Kids Choice Awards 2020 in a special broadcast conducted by Victoria Justice that was made online, BTS managed to win the category of ‘Best musical group’.

This is the video that the members of BTS reacted to: