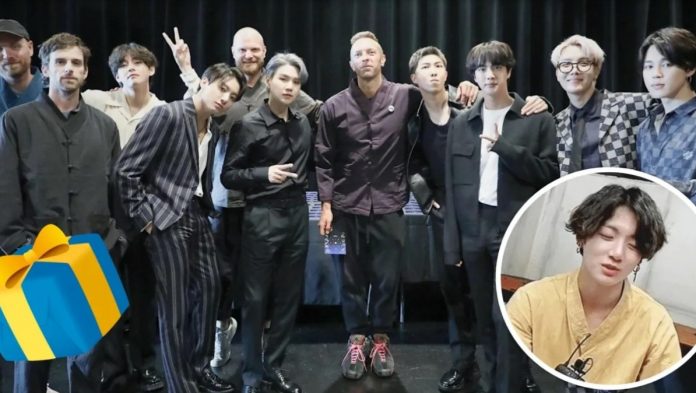 Coldplay and BTS collaborated for the song ‘My Universe’, but the music brought them together and now they have a cute friendship

BTS teamed up with Coldplay in the studio to create a great song that brought together the talents of all the artists from both groups, but they also created a great friendship that shows in the most special details.

There is less and less to be able to enjoy the song that BTS and Coldplay were in charge of doing together, in the next album of the rock band we will be able to listen to ‘My Universe’ and although the album is released until October 15, their collaboration special with Bangtan will see the light sooner.

On September 24, Coldplay and Bangtan Sonyeondan’s ‘My Universe’ will be released , with a lyric video , we will hear for the first time the union of the talents of all these artists from both South Korea and the United Kingdom ; and thus all the participants of this collaboration were so united, because from there a beautiful friendship was born .

How do we know that a nice friendship was generated from this BTS x Coldplay collaboration? Ah, well first, Coldplay supported the Bangtan Boys in their speech to the UN and now they show us the special gift that the idols gave them personally.

BTS visited the American continent and took time to meet Coldplay and even took photos , in one of them, ARMY managed to see that the members of Coldplay were wearing the modern Hanbok that Jungkook had become a trend.

It was kind of nice but later, a Coldplay fan met Chris Martin , vocalist of the Rock band and the artist told him that the Hanbok they were wearing was a gift that BTS gave them: ‘) Awww! Thus they demonstrated their friendship.

How cute! Now we are even more eager to hear ‘My Universe’ because it will surely transmit many cute and positive vibes that we all need, we hope that the friendship of BTS and Coldplay continues to grow and give us more interactions like this.

What Do The Planets Mean In Snapchat?

Cyberpunk 2077 Stream will show what will happen next with the...