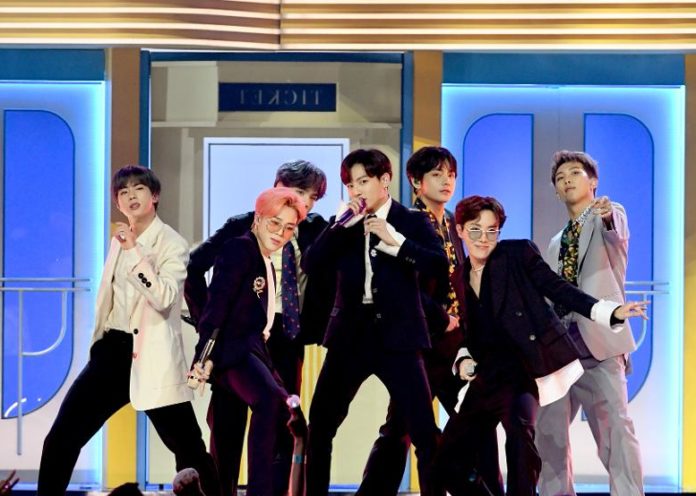 BTS reacts to driver because of calling their fans ‘crazy’ (VIDEO). The bad relationship between fandom and Syke has manifested itself again.

BTS offered an interview for the show Syke & MJ in the Morning, Syke was chosen to carry out this talk alongside Jin, Suga, J-Hope, RM, Jimin, V and Jungkook, for what they met in the MTV studios as part of the promotions that the group is making for its new record production.

However, now that the interview has come to light, the response has not been as expected, earning more negative comments than support from Bangtan supporters. Syke had already interviewed the boys last year , so the expectations for this new meeting were higher, sadly what stood out most of this talk was not something very pleasant.

imagine calling army’s insane in front of a man who has army tattooed on his knuckles….. pic.twitter.com/qItLcAXPX2

The interview has a short duration, with almost 6 minutes Syke used this space to question the boys about their new album Map of the Soul: 7, as well as the first single and the video they made for it, however when Syke He wanted to ask them about what their followers could expect for this new stage of their careers, the driver referred to the fans of the group as ‘crazy’ (insane) , this term did not seem to like much to ARMY who immediately noticed that The group could agree with their discomfort.

Different video editions and screenshots have been used to defend this point, but ARMY’s bad relationship with Syke has its origins from before. Syke had received some comments where her professionalism was questioned, so the BTS fandom considered sabotaging the interview by not seeing her or offering any kind of attention.

See Also  DO BTS and GFriend Have a Secret Connection?

Syke’s response unleashed ARMY’s anger , as at times he seemed to be mocking and presuming his ability to meet BTS , defining who the true fans were according to him and highlighting the happy kids that are when he interviews them.

Remember to not watch the @SykeOnAir interview. Don’t even engage with him. Report him to BH, and block him. Do NOT engage. Even negative attention is clout. Other ARMY will grab the video and upload it elsewhere. Don’t give him clicks or views. pic.twitter.com/tWjtlyCdBd

As a result, countless comments have flooded the networks where fans are encouraged to watch the interview through tweets that have shared their content rather than from the site of this program.

Watch the interview on the site here or from the repost made by fans on Twitter :

Bitcoin Will Stay To The Poor

RM AND THE GREAT TALENT I HAD WHEN I WAS A...

Free Fire: meet all the female characters in the game

The Blacklist, Legacies, Westworld: Spoilers of the Week