Home Celebrity THE BTS REACTIONS YOU DID NOT KNOW WHILE YOU SEE HWASA IN... 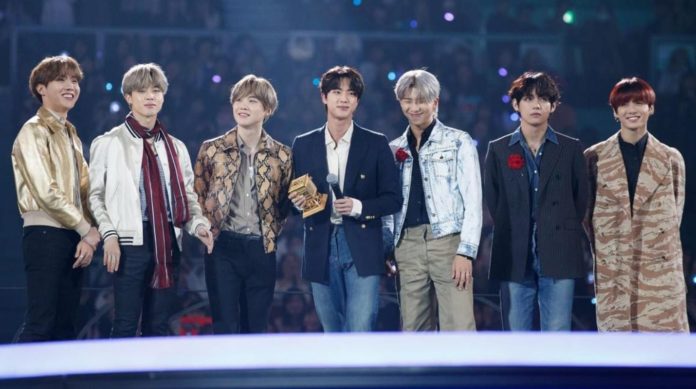 Several days ago the MAMA 2019 was held, an event where several idols lit the stage by presenting magnificent shows. One of those who gave more to talk about was that of Hwasa and J.Y. Park, a performance that left not only fans, but also other idols open.

One of the most popular reactions to the collaboration of Hwasa and J.Y. Park was the one of Jackson Wang, who could not hide his surprise when he saw the owner of J.Y.P Entertainment dancing with the MAMAMOO member in plasticized pants. Even the boys of ATEEZ also reacted in a fun way to this situation. LOL!

The moment the camera focused on Jackson Wang expressing his amazement while Mark reloaded on his shoulder covering his face, other cameramen also captured the reactions of the BTS boys just when they saw Seunie on the screens.

At another moment of Hwasa’s presentation, the idol turned its back on the public while continuing its performance. At that time, the cameras focused on the BTS boys. Apparently, Hwasa’s movements took them by surprise and their faces could not lie. Omg!

Hwasa did not stop surprising the BTS boys. Before his presentation came to an end, Taehyung was simply paralyzed by his presence.