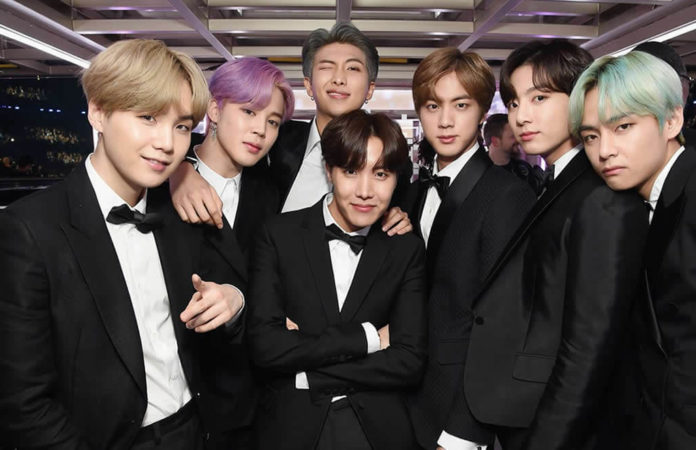 BTS reaches record of The Beatles and makes history on Billboard. Thanks to ‘Map of the Soul: 7’, Bangtan has reached higher than they could have imagined.

Two weeks after BTS made its expected comeback with ‘ Map of the Soul: 7 ‘, the South Korean band has received all the support of ARMY in this new stage. In recent days, Bangtan has been promoting his new album in different American and Korean programs, offering his fans wonderful presentations of ‘ ON ‘ and ‘ Black Swan ‘.

Now, BTS just make history once again because of the success he has had his fourth full album and have even managed to achieve a huge record that was set by The Beatles in Billboard many years. Continue reading to find out everything.

After a series of predictions made on ‘ Map of the Soul 7 ‘ because of the success it has had since the day of its launch on 21 February, managed to confirm that the new album of BTS managed to debut at No. 1 of the Billboard 200 chart . This would be the fourth album of the South Korean band to position itself at the top of the list, all this in a period of less than two years.

#BTS are the chart kings of the U.K.! https://t.co/vLQRcUFubC

Thanks to this, BTS has officially become the only band after The Beatles to achieve this record , and in turn the only Asian group to achieve it. In April 2019, the South Korean band also managed to break the record set by the Liverpool group with three albums on Billboard 200 in less than a year and a half and today Bangtan has done it again.

Recently it was reported that BTS has also managed to dominate the charts in the United Kingdom and Australia , and sales of its new album continue to increase.

‘ Map of the Soul: 7 ‘ has also been crowned the biggest debut of 2020 , and ARMY has been quick to send messages of support to the BTS boys to celebrate this great achievement.

Undoubtedly, Jin , Suga , Jimin , Taehyung , J-Hope , RM and Jungkook have managed to make history and continue to get new and bigger records .

Shenmue will finally be the anime series

Valverde: “The Golden Ball? You give it to Messi and you...

Lisa celebrates her birthday with the love of BLINK