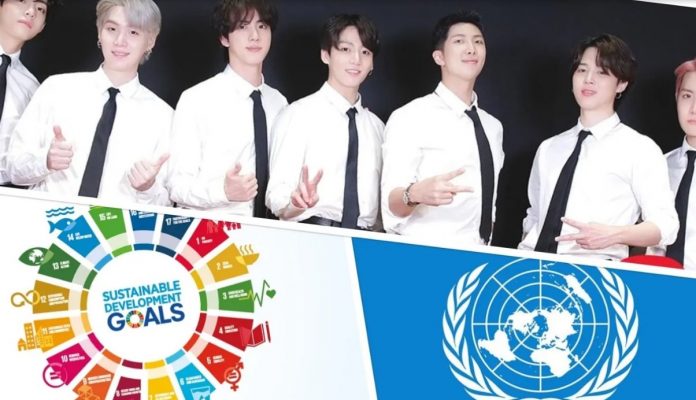 ARMY always finds motivation and inspiration from their favorite K-Pop idols , they have taken it upon themselves to spread joy and hope to their fans through their songs and actions; thus, we find that BTS has a great positive impact on the world.

Thanks to its union with organizations nonprofit, acts beneficial as donations and other actions that we allow to see the idols of Bangtan Sonyeondan are not only talented artists but are also incredible human beings who seek to leave messages positive in their fans and make of this a better world.

This time, the Bangtan Boys unite against racism and hate speech in a new campaign, showing that they believe in equality and want to leave a better future for the next generations.

Bangtan joined the ‘Keep The Promise’ campaign led by the United Nations , which aims to unite people, families, communities, cities and countries around the world to improve the planet; within the campaign the idols of BTS made a promise to point out and punish racist actions and hate speech.

If we believe there's hope, we will find the way.
We stand against racial discrimination and hate speech.

Go to https://t.co/OVuXbcNdZF to join us.
Choose your promise to help achieve the #GlobalGoals. Let’s do this together💪#CallOutRacismHateSpeech #BTS pic.twitter.com/uSxuicLyXR

This is how BTS once again confirms their good heart, positive impact and great actions to improve the world, there is no doubt that idols will continue to leave their mark on history to generate changes that create awareness in their fans and all who want to hear them.

Final Fantasy XIV Endwalker: These Are The Minimum And Recommended Requirements...