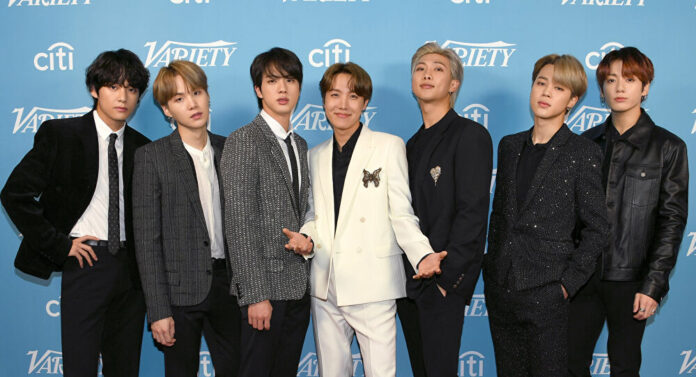 The group released their new Japanese single and shared an important message with ARMY. BTS had an emotional performance at the official presentation of “Stay Gold” on Japanese TV to promote its release.

The group resumed their activities, although it was a prerecorded video, to sing live for the first time their new Japanese single, FYROM also received inspiring messages from the boys and they fell in love once again with their music.

Recently, the BTS guys released “Stay Gold” , the first single from “Map of the soul 7: The Journey”, a Japanese album with which they achieved a great record thanks to their sales and surpassed the Michael Jackson brand.

This single of the 2 that they will present as part of the promotions and they sang it for the first time on television. Although it did not have choreography, the voices of the 7 members were enough to transmit to ARMY each of the emotions that they describe in the lyrics.

In addition, BTS wore beautiful pastel and neutral outfits that matched a super cute stage, as in the middle of the set was a large cherry tree and it was all white, creating a perfect harmony for the type of song.

On social media, ARMY shared their favorite moments from the performance and posted various rap clips and high notes for “Stay Gold.”

Regarding the meaning of the song, Taehyung said that even if nothing goes right, you should never lose your shine, words that were supported by J-Hope , who living up to his nickname, asked ARMY that it will not stop shining.

Jin also explained the meaning in his own way and gave one of his original responses, since he assured that once you listen to it you will not stop repeating the chorus in your head, “Stay like gold …” is the message from BTS to ARMY.

Why didn’t he replace Rick Grimes on the show?

ROSALIA AND KYLIE JENNER MEET AT THE END, SO IT WAS...