Home Entertainment BTS Presents ‘Butter’ To Win A 2022 Grammy Award, Will It Be... 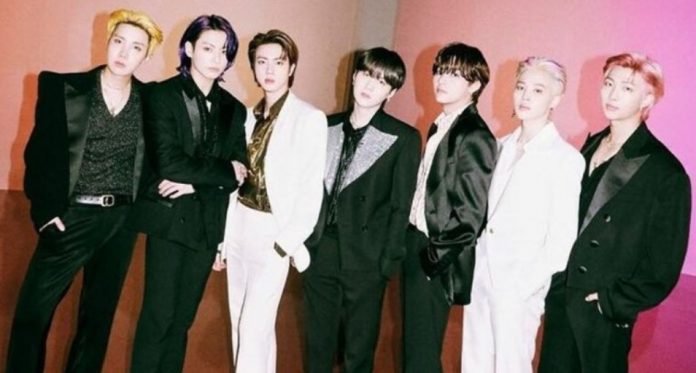 BTS is one of the most famous groups in the world and they are looking to win their first Grammy award, so for the 2022 edition, “Butter” was presented to be chosen by The Recording Academy.

During the last gala, Jimin, Jin, RM, Suga, V, J-Hope, and Jungkook were nominated thanks to “Dynamite” and the ARMY was hoping to see them win a golden gramophone. However, this was not achieved and the K-Pop group assured that for the new edition they have the goal of obtaining one.

Billboard confirmed that BTS submitted their song in English, “Butter”, to be considered for a nomination for the 2022 Grammy Awards, where it is speculated that it would compete in the same shortlist with artists such as Cardi B, Lizzo, Doja Cat, and more.

To which category of the 2022 Grammy Awards would BTS be nominated?

BTS could also be considered to be nominated for a 2022 Grammy Award for Best Pop Duo / Group Performance. Nominations will be presented next November and the ceremony will take place on January 31, 2022.

Additionally, “Butter” will compete for a nomination against other songs such as “24KGoldn” by Mood, “Kiss Me More” by Doja Cat and SZA, “Without You” by The Kid LAROI and “Rumors, a collaboration between Cardi B and Lizzo.

BTS’s song is a happy song, made to be listened to and danced all summer long, as it is smooth and fun. Also, it has a great reference to the bass and drums from “Another One Bites The Dust”. Listen to it below.

Why Doctor Strange & The Scarlet Witch Variants Look the Same

iKON Releases Original New Teasers For “Why Why Why”