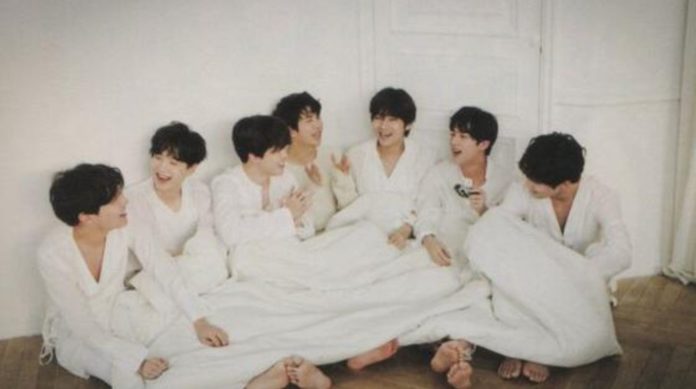 The boys of BTS are in the United States, specifically in Los Angeles, California, the entertainment capital, the 7 boys are there to promote their track ‘ Black Swan ‘ that emerges from their record material ‘Map of the Soul: 7’ that It will be released in February.

In posts made from the official BTS account on Instagram @ bts.bighitofficial that has more than 21 million followers, they shared some photos of the 7 boys apparently rehearsing and stretching to practice some choreography.

It should be noted that fans are very thorough when it comes to clues and data about the band, in one of the photos where they all come out together, on the floor you can see the logo of the BTS doors , also some followers commented that the type of curtains became suspicious, because they are the same type of curtains that were used in awards prior to the Grammy awards .

That’s right !, it is rumored that BTS is presented as a performer in the ceremony that will take place on January 26, although they are rumors and nothing has been confirmed, everything is possible since BTS has its accustomed fans To the surprises.

Do not miss any of our notes to keep informed of the details of BTS presentations in the United States.