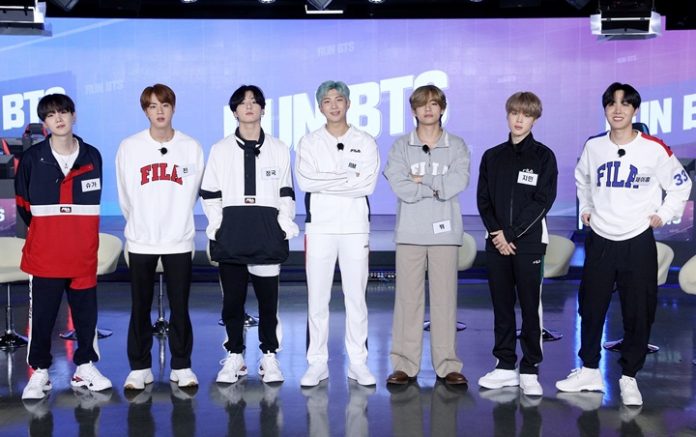 K-pop idols have left some suspicious clues and statements about their musical comeback, will they release a new album?

The BTS members raised ARMY’s suspicions over a possible comeback, some of the idols appeared at an awards gala with renewed looks, and one of the ‘Dynamite’ songwriters claimed he wrote a new song for the boys.

Bangtan Sonyeondan started 2021 on the right foot, maybe the artists from Big Hit Entertainment agency will start working on a new music project . Will they have a comeback ?

The entire lineup of the K-pop group made their first public appearance of the year at the 35th Golden Disk Awards with new looks , sparking the curiosity of ARMYs around the world.

RM wore platinum blue hair and with a youthful cut, Jungkook changed his brown hair for a blonde tone, the rest of the artists appeared with their hair in brown, brown and black. The ceremony marked Yoongi’s return after a hiatus to recover from shoulder surgery.

In the speech of thanks for the award for best digital song, Namjoon commented:

The transformation of the ‘ON’ performers is not the only clue to their possible comeback, one of BTS’s musical collaborators revealed that he worked on a song for them. We tell you all the details below.

THE TRACKS OF THE POSSIBLE COMEBACK 2021 OF BTS

Another clue of the possible return of the singers and rappers was given by David Stewart , one of the composers who participated in the creation of ‘Dynamite’, the musician took his Twitter account, published that he wrote a new song for BTS and added that he really it’s very good.

See Also
BTS Launches A Remix With The Collaboration Of Lauv

The post reported more than 3,000 likes and thousands of interactions, netizens asked about the style of the melody, meaning or release date, David Stewart did not give more details about the collaboration.

Just wrote a song for BTS. It’s quite good.

In 2020, Kim Taehyung commented that they would organize everything for ARMY to enjoy new music and an impressive MV for an upcoming comeback . Recently, rumors began that Beyond The Scene carried out a campaign with the Coca Cola soft drink company, the track of a commercial for Indonesia raised the suspicions of the fandom, is it another sign of a new album ?

ARMY !, Can you imagine a collaboration between BTS and Michael Jackson ?, a drummer who worked with the king of pop fused the sounds of celebrities and created a powerful cover of ‘Dynamite’.