Home Celebrity BTS COULD BE PREPARING ITS 2020 TOUR, WE TELL YOU WHY 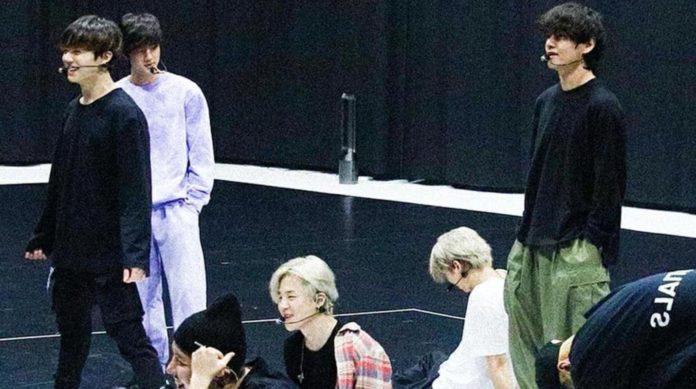 Apparently, the boys already have stipulated dates to appear in different cities of the United States, it only needs to be confirmed.

The rage that has caused us everything Bangtan has begun to do since his comeback was announced with “Map Of The Soul: 7” has been increasing. First, the news of this return was released, then we were watching the calendar, followed by the ‘Interlude: Shadow’ , CONNECT BTS , ‘ Black Swan ‘ and now, its possible 2020 tour . :or

Although the news is not yet confirmed, neither by them, nor their agency BigHit Entertainment , they believe that this can have a large percentage of reality, because it has been Live Nation in charge of putting these fences and the countdown.

Live Nation is a company dedicated to organizing events around the world, so the source is reliable. The ARMY is waiting for all this to come true and little by little more dates continue to be announced . However, although many of them are in Latin America , they will have to keep waiting for more places on this continent, be the lucky ones to receive the idols .

At the moment, the tour is only “planned” for the United States ; starting on April 25 in Santa Clara , passing through Dallas , Atlanta , Orlando , Ontario, CA and Chicago . Giving the tour “finished” on June 6 .

The reactions of the fans have not been long in coming, because the excitement and hope that more countries will be taken into account for their 2020 presentations , are still valid.

See Also
The best photos of V without makeup

All that remains is for both idols and the company responsible for BTS to confirm this information. OMG!

THE MOVIE ON THE LIFE OF RIHANNA WILL COME TO AMAZON

BTS Shows ‘The Last Supper’ in The New Photos For ‘MOTS:...