Home Celebrity BTS prepares for their concerts in Korea, this is the rehearsals 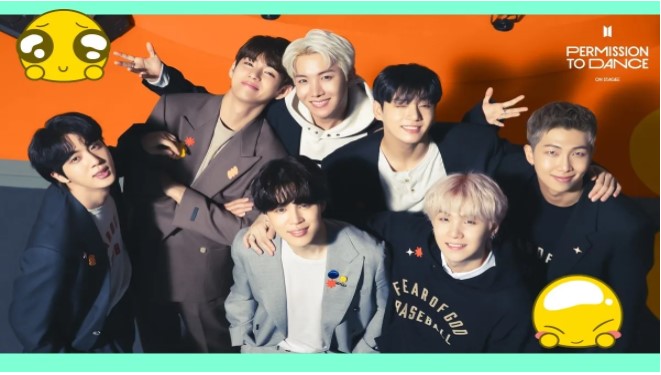 Although we know how important it is to keep ARMY informed for BTS, Jin uploaded a series of photos where they show us that they are already rehearsing for their concerts that will be held in South Korea.

We recently had a live where some of the Bangtan members introduced themselves and greeted ARMY, although they talked about the next didactics that will take place at the concerts, because ARMY should not shout and instead should clap their hands. to show their support and euphoria at the performance of their favorite K-Pop group.

We are very excited for this event to take place and we can’t wait for the new updates that these idols make and today Jin heard our prayers, as the interpreter of ‘Moon’ uploaded a series of photos on the official BTS account in the Twitter social network.

Seokjin uploaded two photos to the official BTS account on twitter and we both see how the idol is in front of a mirror, with sports clothes and in the background we see J-Hope and in Jin’s second selfie, we see that he has the same pose and but this time we get to see Jungkook in the background.

Both photos are under the description.

This has generated a wave of excitement and good comments before the new updates of the oldest member of BTS.

Something that confirms the practices of this legendary K-Pop group is that around the stadium where these concerts will take place, you can hear how the boys are rehearsing.

Well, this video recorded by ARMY reaffirms it, we managed to hear what ‘Fire’ and ‘Dope’ sound like. Do you listen to them? Pay close attention, it’s definitely those songs and we are very excited about the new news about BTS.

Video where it is heard that the members of BTS are practicing. Video Twitter: @SpringftTae

It will certainly be a spectacular event and we can’t wait to find out more about it.

Did you miss the BTS live? If it was so and you want to know what happened, do not hesitate to continue reading.

A K-POP ARTIST THREATENS TO CALL THE DIRECT FULL POLICE

Gong Yoo and Taylor Swift are rumored to be dating, this...